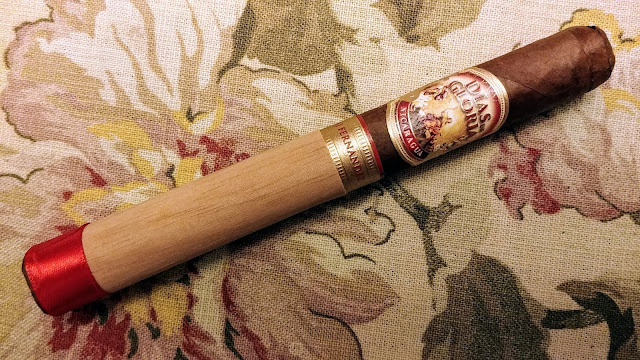 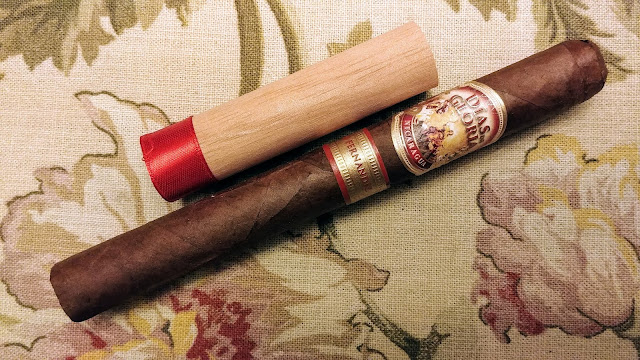 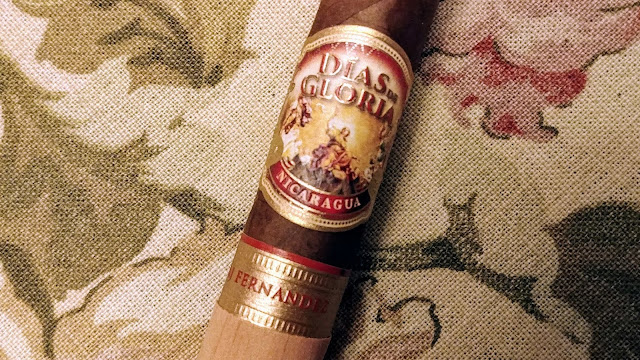 The name translates to “days of glory”. According to a report by Cigar Aficionado, the name pays homage to the period of Cuban history prior to the 1959 Cuban revolution. It’s a cigar that incorporates tobaccos from four of Fernandez’s farms in Nicaragua: Finca los Cedros, La Lilia, La Providencia 1, and La Soledad.

Production is handled out of the Tabacalera Fernandez factory in Estelí, Nicaragua.

Dias de Gloria had a limited release a few years ago following the enactment of the deeming rule regulations by the U.S. Food and Drug Administration (FDA).

The cigar comes in a cedar sleeve with a red band at the foot. It has a light to average feel in the hand. 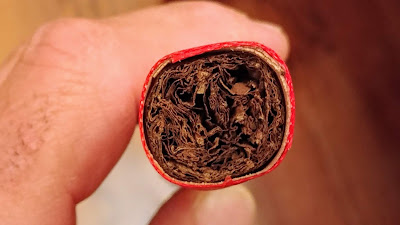 The test draw after cutting the cap was very good. The initial flavors at light up were (in order of percentage) a sweet orange citrus, cinnamon, nutmeg, brown sugar, leather, and black coffee. There was a nice amount of black pepper rated at 7 1/2. The cigar is quite sweet and has lots of cinnamon notes just behind the sweet orange citrus. Nice start. 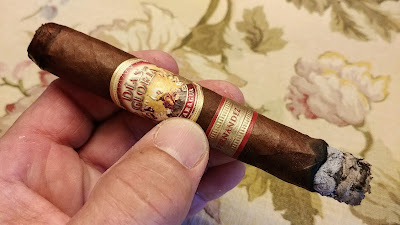 At the first third (22 minutes) the cigar tastes fantastic. You now have a citrus/cedar combination, still plenty of cinnamon notes, sweet caramel, plenty of nutmeg, plenty of leather, and a black coffee base. The cigar is medium to full bodied. The finish is one of caramel and nutmeg with plenty of black pepper. This cigar is already falling in line with my other top rated cigars of the year but this cigar has more sweeter notes. The cigar also has power with plenty of darker/lower notes. This is a very good cigar. I rated the first third at 96. 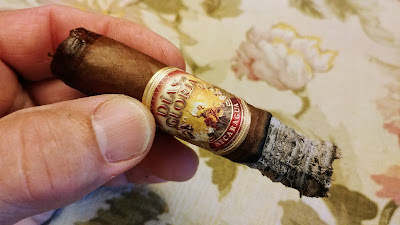 Moving through the second third (43 minutes) the flavor notes keep popping. The sweet citrus/cedar combination is very nice. Combine that with above average cinnamon notes, and sweet caramel. The nutmeg and leather are somewhat elevated bringing the cigar in more of a balance. The nice black coffee base continues to be unchanged. The cigar is full bodied. The finish is still one of caramel and nutmeg but the caramel notes are somewhat toasted at this point. There is quite a bit of lingering black pepper, too. I toyed around with raising the second third score but wanted to leave wiggle room for the future so I maintained the score of 96 for the second third. A very good cigar so far. 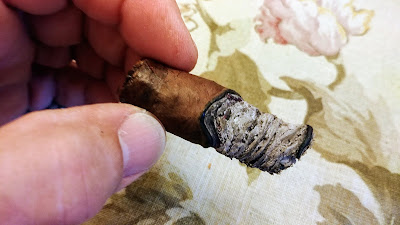 The cigar lasted 1 hour 2 minutes. Not as long as I had hoped but it has a smaller ring which may have played into the shorter burn time. The cigar had the same flavor notes in the final third as it did in the first third. They were almost identical. The cigar is full bodied. The finish is unchanged. This is a very good cigar with plenty of sweet notes, lower level notes, and power. It has just about everything I want in a cigar. I maintained the score of 96 for the final third. A must-try cigar that you can purchase HERE. The entire line can be seen and purchased HERE. 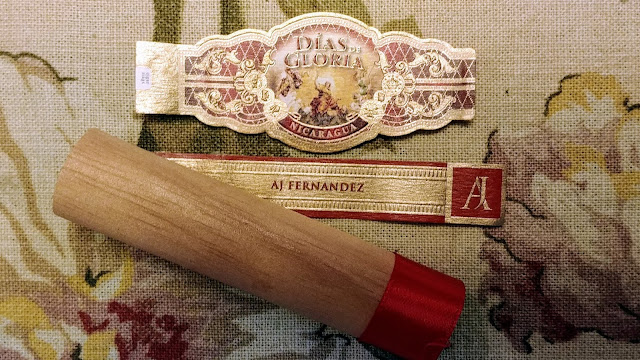 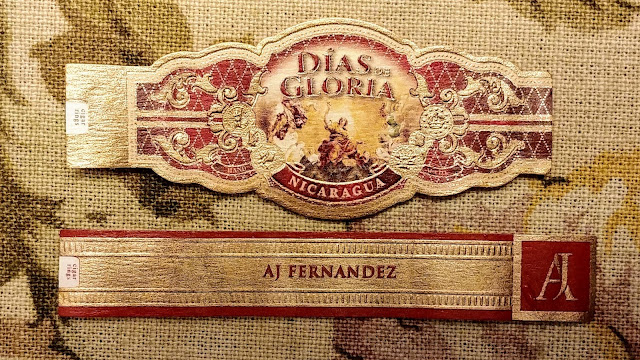