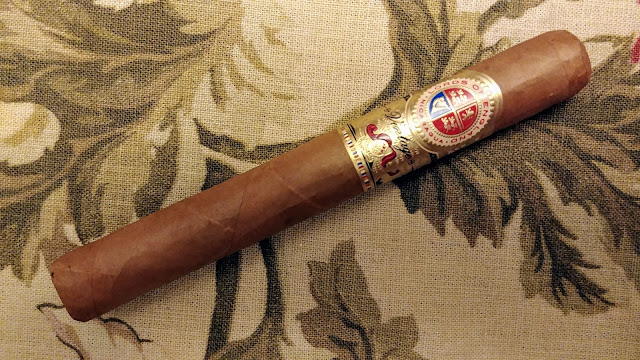 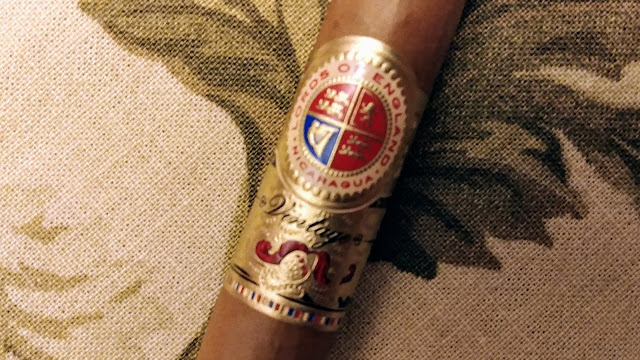 (Description taken from Cigar-Coop.com website)
Pure Aroma Cigars, best known as the makers of the D’Crossier brand of cigars, is set to resurrect an old Cuban brand. The company has brought back the Lords of England line. This was a Cuban brand that was introduced to the U.S. market in 1905.

Lords of England was a cigar line that was originally popular in Europe. It carried the trademark of the Estabrook & Eaton Cigar Company. Around 1905, Don Gustavo Bock introduced the cigar to the U.S. market. Once introduced, Lords of England became a popular cigar in hotels and cigar clubs in the U.S. Bock produced the brand out of Havana, Cuba. Bock was a partner in Henry Clay & Bock Company. Eventually, that company was purchased by American Tobacco Trust (which Bock would head up.)

The brand eventually became dormant and disappeared from the market. However, the history of the brand caught the attention of Pure Aroma Cigars owner Santana Diaz.

“In my research, I found out that the Bock company produced at least three different versions of this elegant cigar. A modest version came in large cedar boxes of 50 in several shapes and sizes with the Lords of England logo stamped in brilliant colors with the Estabrook & Eaton name engraved in the middle, a tribute to the original English importers and distributors of that cigar,” commented Diaz in a press release.

“The second and third version bore the name of Don Gustavo Bock and E&E, and it was considerably more upscale with an elegantly wrapped box designed with bright colors, gold filigree, and classical themes – a fitting precursor to the highly designed cigar labels and boxes of modern times. Bock was really the father of the modern cigar, as we know it. After all he introduced the Cuban ring and was the architect of the big business approach to producing and marketing fine cigars,” added Diaz. “It is around 114 years since the Lords of England was introduced in this country. I’d like to recapture some of that history of my native island and make the Lords of England cigar the premium brand it once was.”

“Believe me, I have worked diligently to find the right blend of tobaccos to recreate this Cuban legend,” commented Diaz.

Today I am looking at the Connecticut version of the Lords of England in the toro size.

The cigar is a golden brown and it has an average feel in the hand. 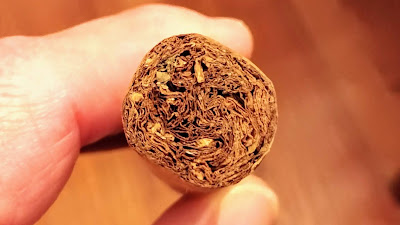 The test draw after cutting the cap was good. the cold draw tasted like sweet hay. The initial flavors at light up were a pronounced sweet, tangy orange citrus, lots of cinnamon and brown sugar, white chocolate, low levels of nutmeg, and a light black coffee base. There was black pepper rated at 7 1/2. That's a very good start but based on recent reviews I'm hopeful it can hold these nice flavors. 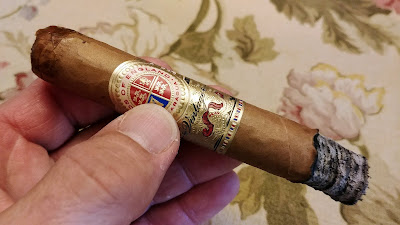 At the first third (28 minutes) this Connecticut cigar is checking off just about every box for me. I love the sweet, tangy orange citrus which now has a little cedar influence. There is quite a bit of cinnamon, above average amount of brown sugar, underlying thread of caramel, underlying thread of white chocolate, creamy nutmeg, and black coffee, which is elevated now bringing the cigar in more of a balance. The pepper is still very good. The cigar is medium bodied at best. The finish is brown sugar and a little nutmeg and a touch of cinnamon with nice lingering black pepper. This is a very good cigar with sweet, tangy flavors with smoothness. I rated the first third at 95. 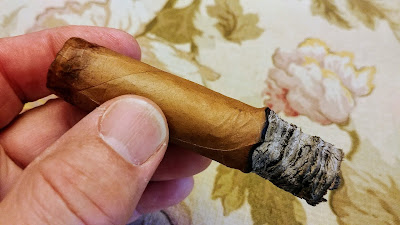 As I moved through the second third (59 minutes) not much changed. The cigar continues to be very sweet. I still had the citrus with a little cedar influence, brown sugar, cinnamon, subtle white chocolate, no caramel notes at this point, and plenty of nutmeg and black coffee. The finish is unchanged. The cigar is a low grade medium to full bodied. This is a tasty cigar and for a Connecticut it has a little power too. Perdomo did a good job making this cigar for Pure Aroma Cigars. I held the score of 95 for the second third. 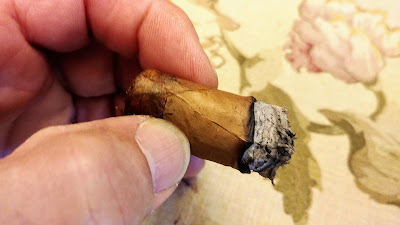 The cigar lasted 1 hour 24 minutes. It became full bodied in the final third. There is still plenty of sweetness but the cigar is not quite as tangy. But, the brown sugar and cinnamon are still there in abundance and the caramel notes reemerged into a nice noticeable flavor. The caramel also smoothed out the nutmeg. The black coffee was nice and elevated to a good level. The finish has some citrus, brown sugar, and nutmeg with a sprinkling of cinnamon. There is very nice lingering black pepper, also. For me, the cigar improved in the final third. Practically unheard of, especially from what I've reviewed lately. With the cigar hitting full bodied it checked all the boxes for a good Connecticut for me. I rated the final third at 96. This is a very good cigar and if you are looking for a tasty Connecticut look no further. 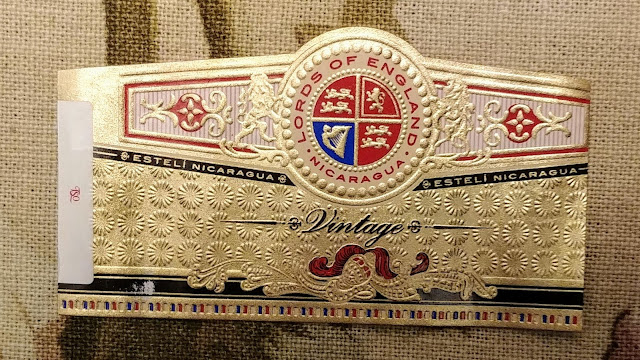