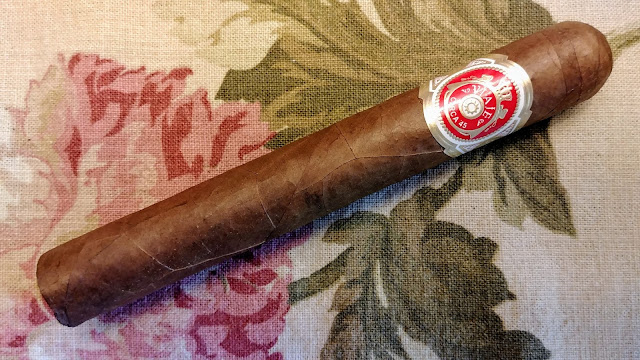 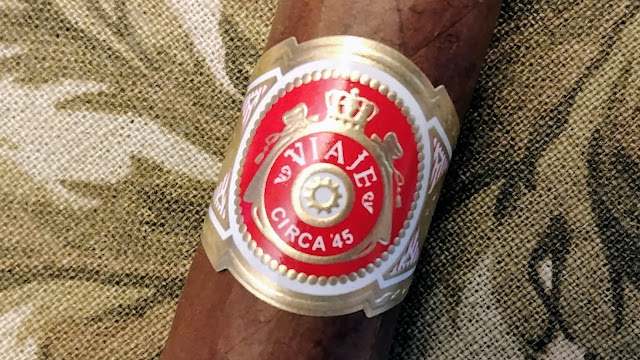 (Description taken from Cigaraficionado.com website)
What was once a European exclusive will now be available in the United States. The Viaje Circa ’45 is brand owner Andre Farkas’ tribute to Cuba, as the packaging resembles the Cuban Punch brand and the tobaccos are what Farkas calls “Cubanesque.”

“The line pays homage to Cuba,” Farkas said. “Cuba is reflected in the packaging as well as the name. The ’45 is a nod to Partagás, which was established in Havana in 1845. Both Punch and Partagás are amongst my favorite Cuban lines.”

All the tobacco is Nicaraguan grown by Aganorsa.

Circa ’45 is made at the Aganorsa Leaf factory in Nicaragua.

The cigar has an average feel in the hand for a cigar of this size. 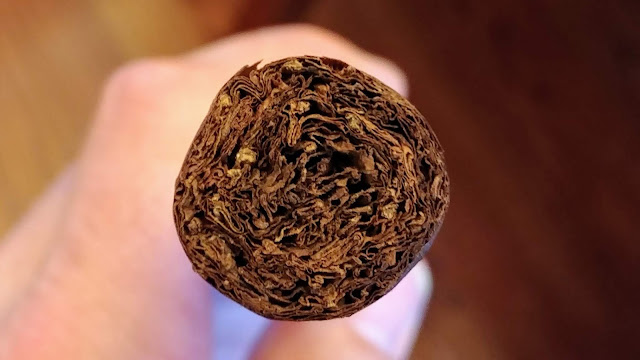 The test draw after cutting the cap was good. The initial flavors at light up were cedar, apple, brown sugar, cinnamon, a lot of an earthy, leathery nutmeg, and a light black coffee base. There was black pepper rated at a 7. There is substantial sweetness to counteract those massive earthy, leathery nutmeg notes. Of the two there is more nutmeg than leather. Not a bad start. 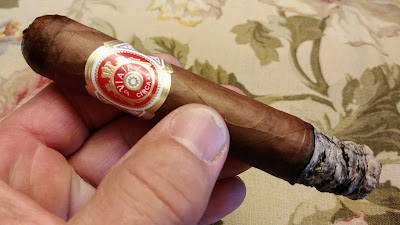 At the first third (31 minutes) the flavors in the cigar have changed. There is now somewhat of a cedar, a little brown sugar and a touch of cinnamon, a massive amount of a vegetable, sour type nutmeg, earthy leather, and black coffee. You cannot mistake or miss the vegetable, sour nutmeg. It's quite large. The finish is cedar, nutmeg, a touch of leather, and below average lingering black pepper. The cigar is medium to full bodied. Even with the weird nutmeg notes the cigar is not bad. I rated the first third 92. 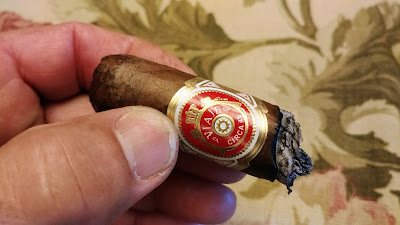 By the time I got through the second third (1 hour 3 minutes) the cigar had changed and not for the better. There are now light cedar notes, a touch of brown sugar, plenty of nutmeg but it no longer has the sour notes, a lot of earthy leather, and a lot of black coffee. The finish is coffee and nutmeg with an improved amount of lingering black pepper. The cigar has a lot of earthy notes. They overshadow any sweeter notes, and they are light at this point anyway. I would say the cigar is still medium to full bodied. I rated the second third 89. 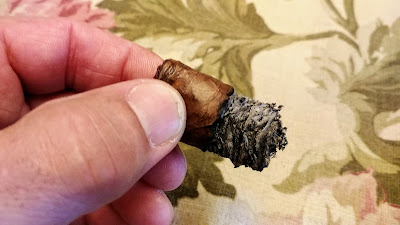 The cigar lasted 1 hour 26 minutes. In the final third I had very little cedar. Mostly you have nutmeg and some of the sour notes returned, earthy leather, and black coffee. The cigar is a low grade full bodied. The finish is unchanged. The cigar started out ok but it went downhill. It got quite dark with very little sweetness. I rated the final third 87. 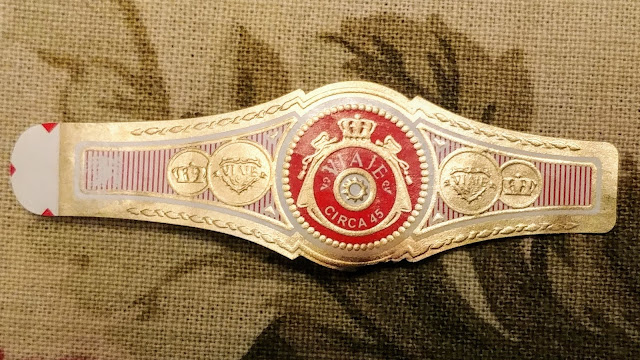