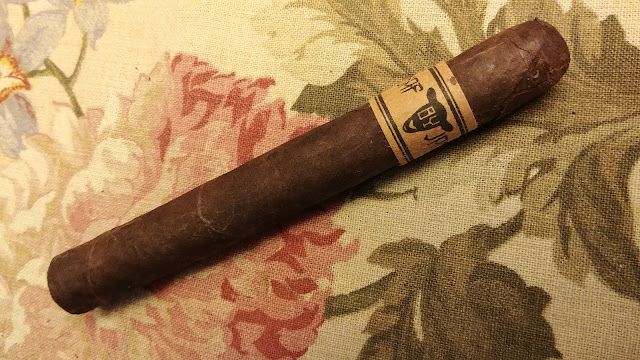 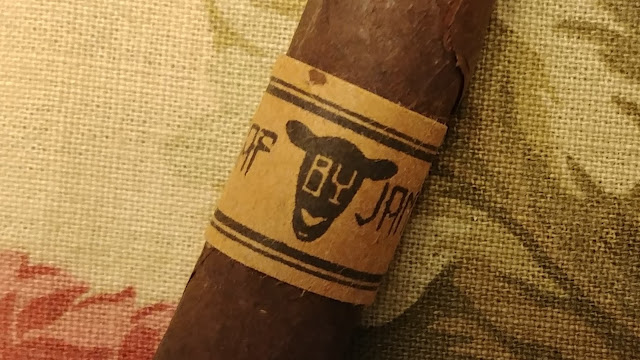 Video review HERE.
(Description taken from Cigar-Coop.com website)
Black Label Trading Company has become the latest manufacturer to produce a cigar for Jim Robinson’s Leaf series. Leaf by James will be the fourth installment of the series.
Leaf by James gets its name from James Brown, partner in Black Label Trading Company and the Fabrica Oveja Negra factory. The cigar consists of a Pennsylvania Broadleaf wrapper, an Ecuadorian binder, and Nicaraguan fillers. Production is coming out of Fabrica Oveja Negra.
“I’m excited to be working with Jim on this new Leaf project. I think the bold style of Oveja Negra is a great addition to the portfolio,” stated James Brown press release.
This is the fourth collaboration that Robinson has done for his Leaf series. It’s a collaborative series that has focused on working with new and upcoming blenders. The series is best known for the blends under the Leaf by Oscar line, a project done in collaboration with Oscar Valladares featuring cigars wrapped in a tobacco leaf. There have been two other collaborations done that have had more limited releases – Leaf by Esteban (a project done with Nice Sueno’s Esteban Disla) and Leaf by Noel (a project dowe with Noel Rojas).
Blend Profile
Wrapper: Pennsylvania Broadleaf
Binder: Ecuador Habano
Filler: Nicaragua
Country of Origin: Nicaragua (Fabrica Oveja Negra)
Vitolas Available
Toro – 6 x 50
The cigar has obvious veins and a somewhat dry wrapper. It has an average feel in the hand for a toro of this size. 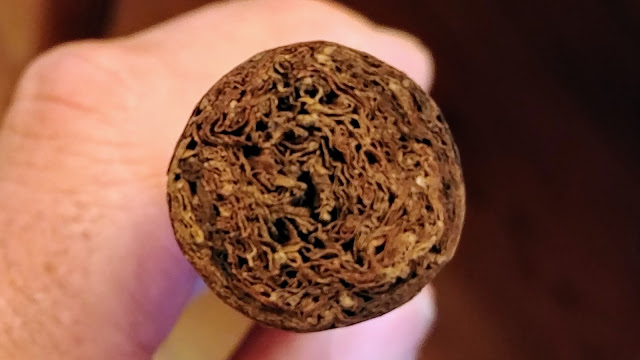 The test draw after cutting the cap was good. The initial flavors at light up were cedar with a little tangy note, light caramel, a lot of brown sugar and cinnamon, an earthy, dry nutmeg, and a light black coffee base. There is much more earthy nutmeg than black coffee at the outset. There was black pepper rated at 7 1/2. Nice sweet start.
At the first third (26 minutes) I noticed for a Connecticut broadleaf cigar it doesn't really have any chocolate notes and the black coffee notes aren't over the top either. At this point the coffee notes are a little elevated over the start and now there are dry cocoa notes. The other flavor notes are still in play. The cigar is medium to full bodied. The finish is nutmeg, cedar, and brown sugar with a nice amount of lingering black pepper. This cigar is very good. It's somewhat subdued compared to other James Brown cigar creations but just a little. I enjoyed the first third. I rated it 94. 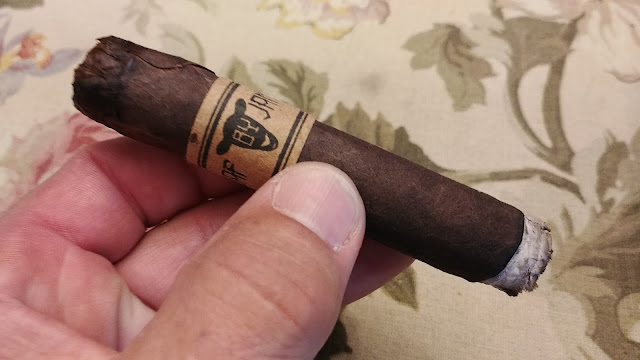 Moving through the second third (54 minutes) I noted this cigar has a lot of cedar, brown sugar, and cinnamon. The cigar is very sweet. The nutmeg is dry and somewhat pasty. There is still light caramel and dry cocoa. The black coffee is still there but it's not the usual amount in a typical James Brown cigar. I continue to enjoy this cigar. I rated the second third 94. 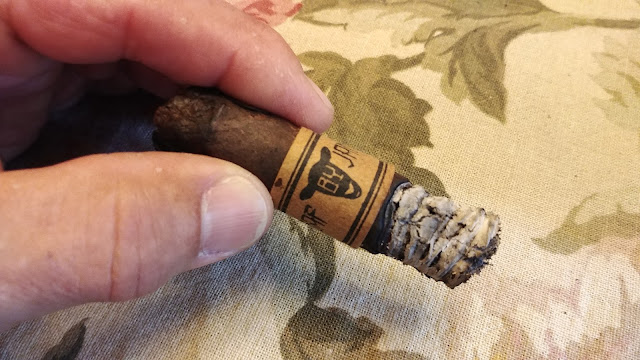 The cigar lasted 1 hour 12 minutes. Basically what you start with you have throughout the cigar. Here in the final third the sweetness dropped just a bit. Not much, but it's not at the level of the first or second thirds. The strength is now full bodied. The finish is unchanged. I enjoyed this cigar. It's the type that I could smoke every day. Very good. I rated the final third 93. 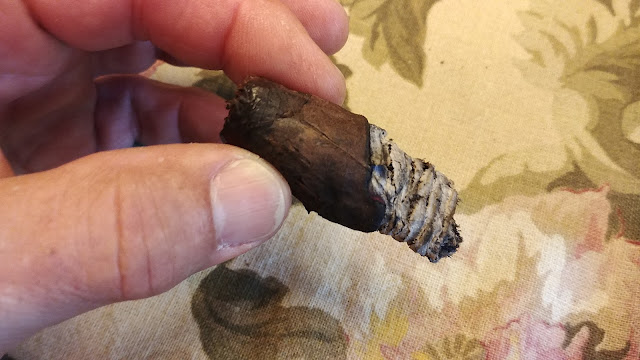 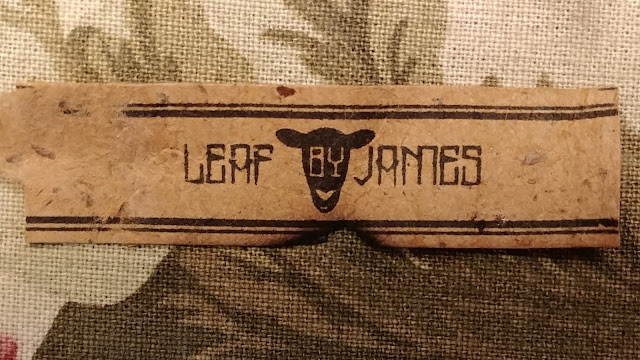