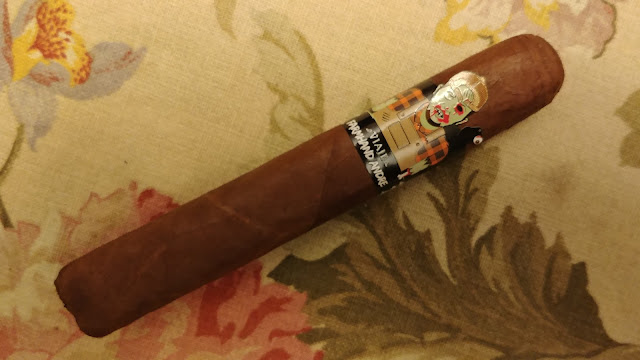 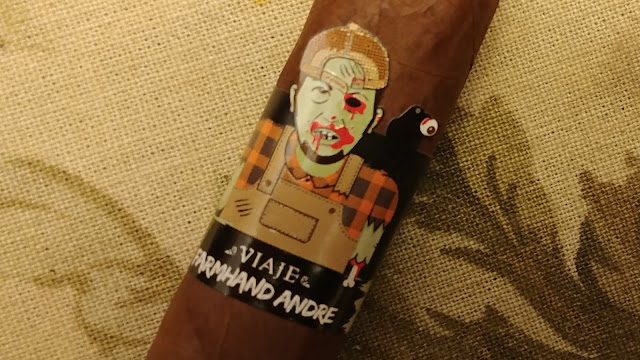 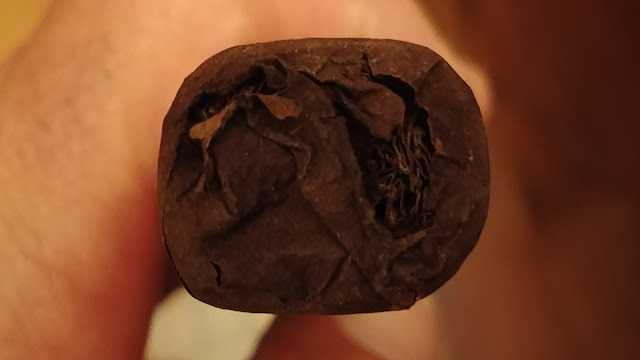 The test draw after cutting the cap was good. The initial flavors at light up were sweet cedar, lots of brown sugar, lots of cinnamon, light caramel, smooth creamy nutmeg, light leather, and black coffee. There was nice black pepper rated at 7 1/2 to 8. Nice sweet start.
At the first third (32 minutes) I had a major burn issue and I am smoking the cigar slowly. I will let the cigar try to even out on it's own without touching up the burn. Here at the first third the sweetness has gone down. Actually, from the initial assessment to the 3/4 inch point the sweet notes went up! Then from that point to the first third they went steadily down. They are markedly lower at this point. The finish is nutmeg with some nice lingering black pepper. The cigar is medium bodied. I scored the first third at 91 but if the cigar continues to lose sweetness the score will go lower. 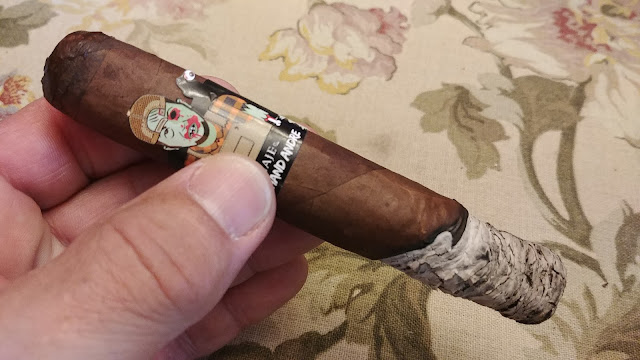 Moving through the second third (59 minutes) the cigar continued to lose sweetness. Now there is a lot of nutmeg. There is a very small amount of a whipping cream flavor but it does not help much. The brown sugar, caramel, and cinnamon are greatly reduced. The black coffee base is slightly elevated but it's not very high. The light leather may or may not be there at this point. It's quite faint. The cigar is medium to full bodied. The finish is still heavy on the nutmeg with just a touch of brown sugar. The lingering black pepper is pretty good. For the raw score I rated the second third 89 but I am deducting 1 point for burn issues so the actual score is 88. 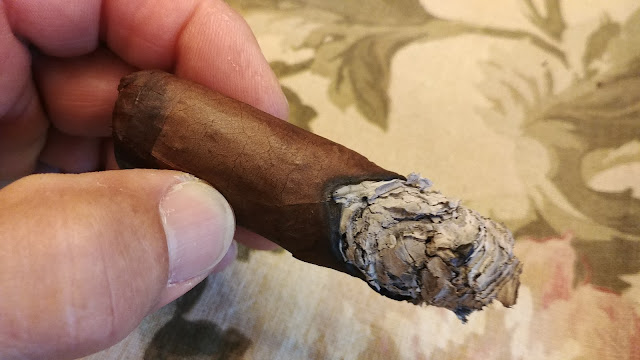 The cigar lasted 1 hour 18 minutes. The cigar continued to lose sweetness. It also continued to have burn issues. The cigar started so nicely but ended unimpressive to me. I had high hopes but they were not met. You still have a lot of nutmeg and just a touch of sweetness. The finish is unchanged. The cigar is medium to full bodied. This cigar just didn't do it for me. I rated the final third 88 and deducted 1 point for burn issues giving you a score of 87. 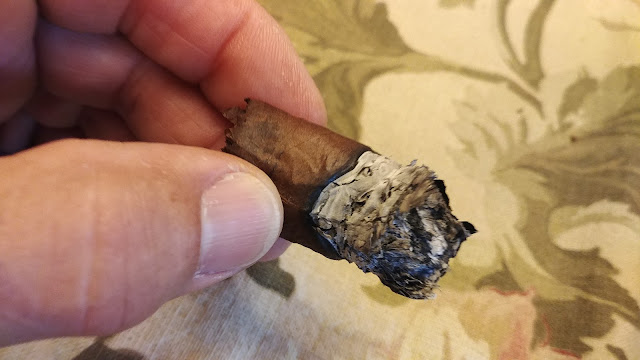 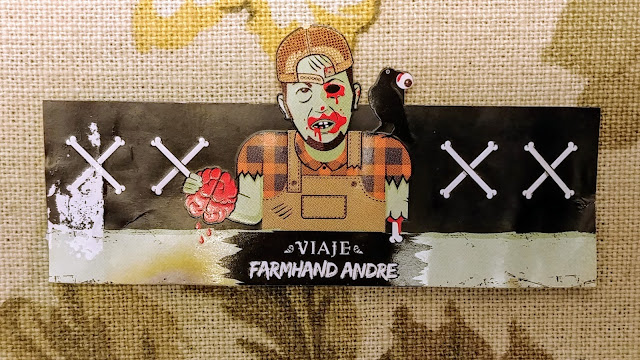