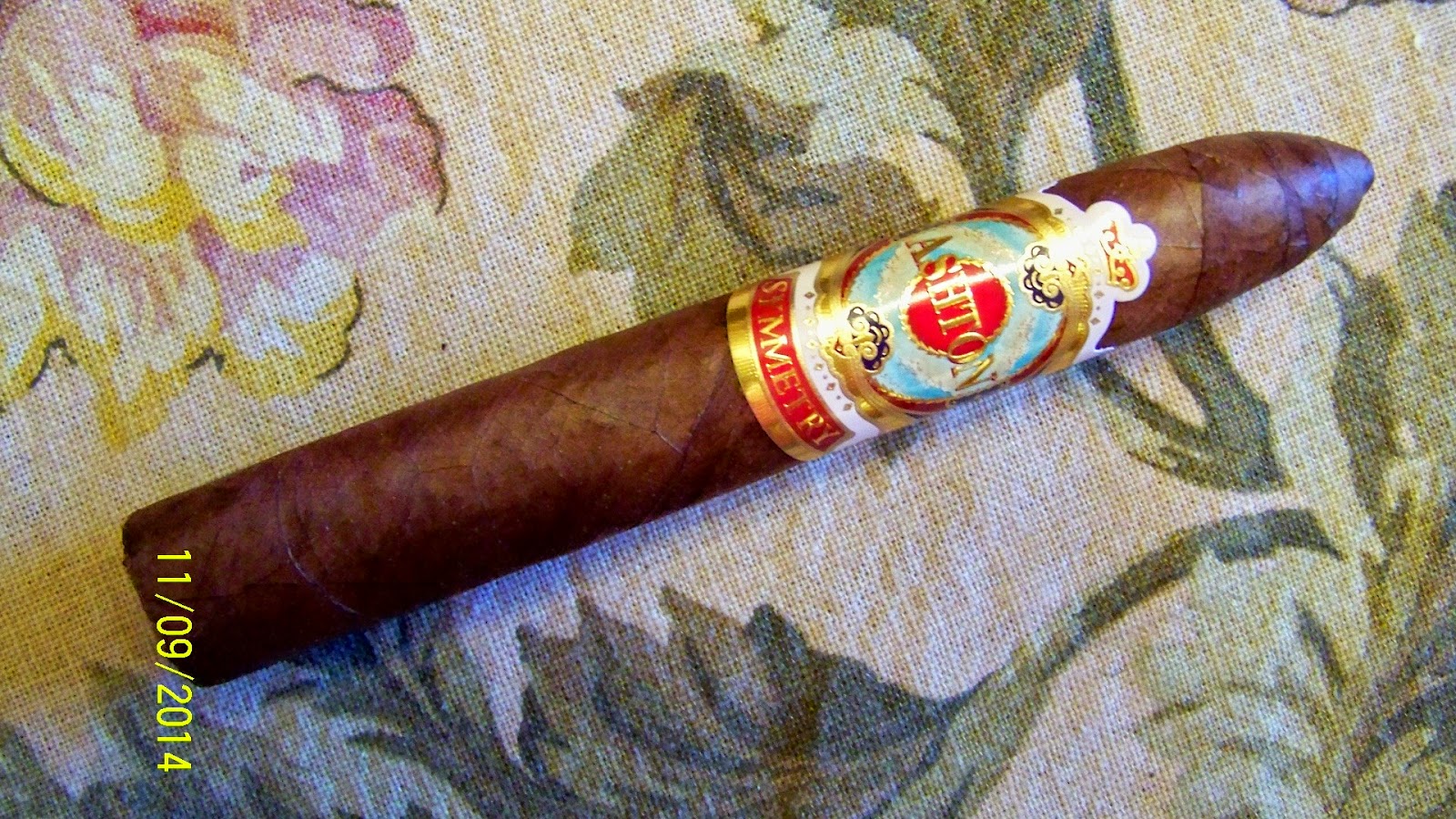 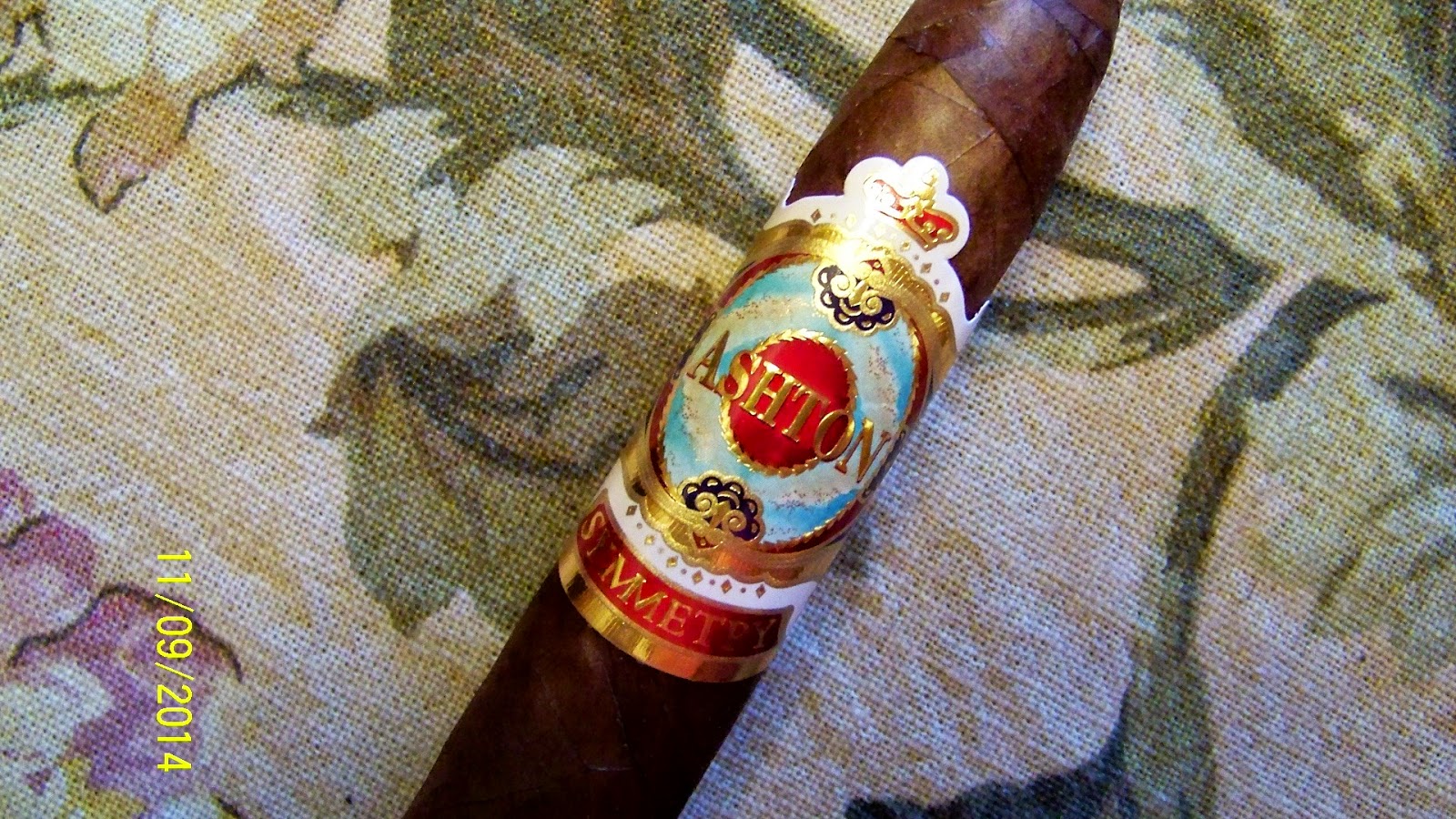 (from the Cigar Aficionado website)
It's been almost ten years since Aston Distributors Inc. has released a new cigar under the Ashton label, but this month attendees of the IPCPR trade show will be among the first to sample Ashton Symmetry, a new line blended by Carlos "Carlito" Fuente Jr. and made at Tabacalera A. Fuente y. Cia. in the Dominican Republic.

"We've been working on this project for four years," Sathya Levin, Ashton's vice president told Cigar Aficionado. "It was supposed to come out about a year ago, but fires in Fuente's warehouses consumed a lot of precious tobacco."

The cigar uses a blend of tobaccos from Chateau de la Fuente, Villa Gonzalez and a Fuente family farm in Nicaragua called Un Buen Vecino. This release marks the first time that an Ashton-branded cigar has been rolled with Nicaraguan tobacco.


The cigar has a beautiful oily wrapper and is very well made. It is also box pressed. 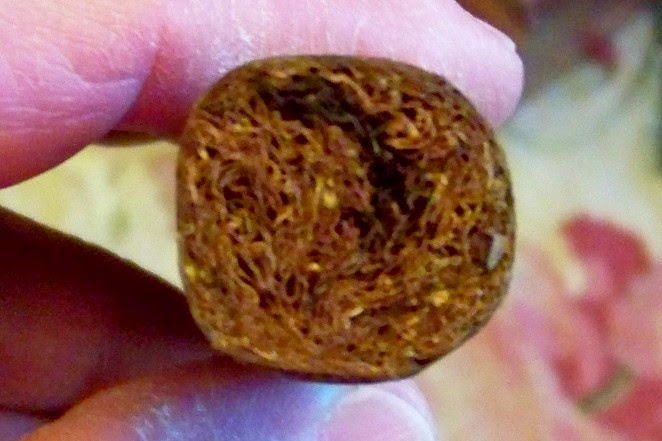 The test draw after cutting the cap was a tad firm but workable. I took the minimum from the belicoso cap. The initial flavors were a sweet cedar and nutmeg. There was white pepper rated at a 7. There was also a sweet cream in the mix. Nice start. 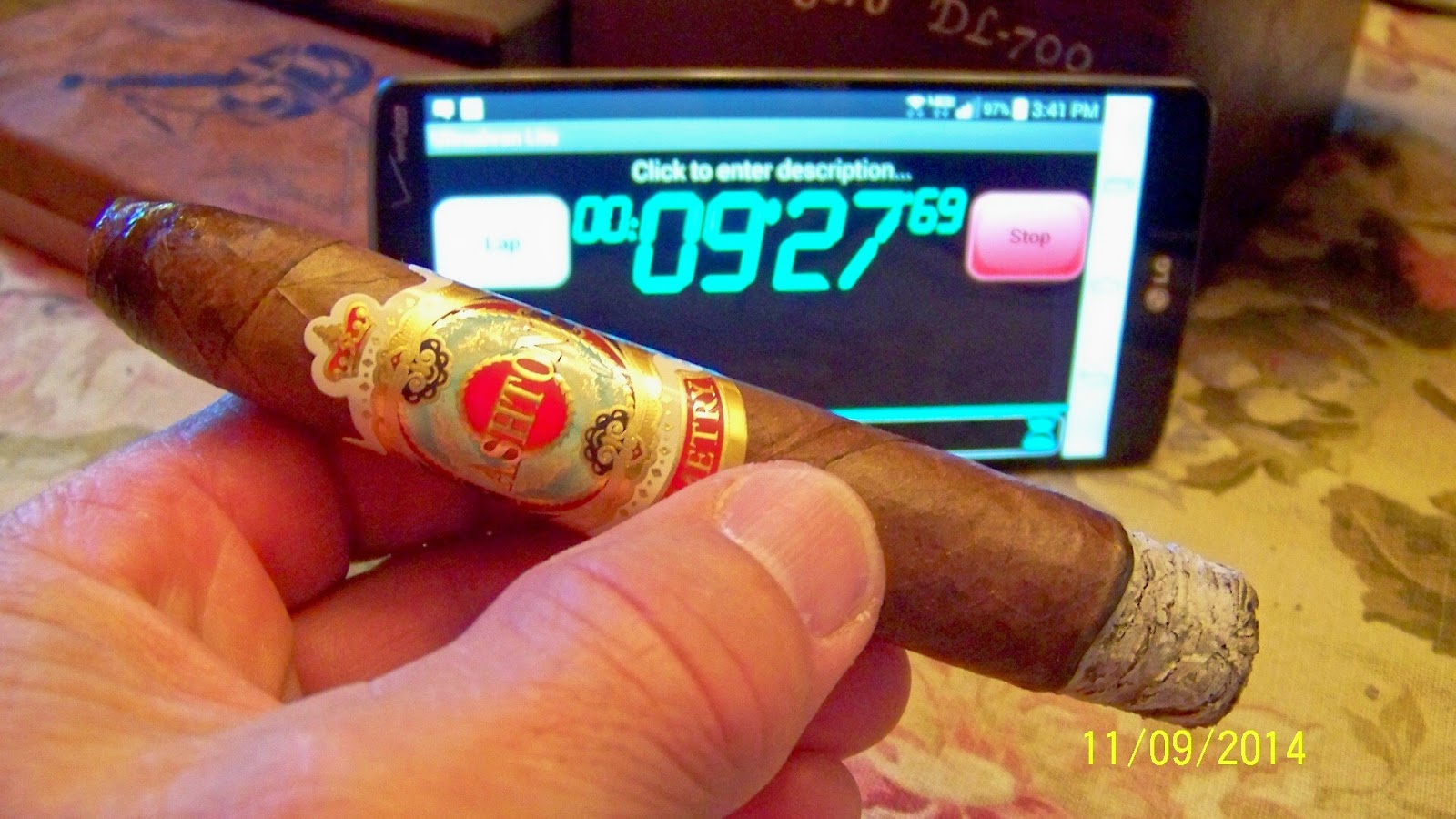 3/4 inch in there are now underlying leather notes acting as the base. It's a low grade leather; not overbearing. There are some earthy notes that may be an extension of the leather notes. The cigar is medium bodied. The finish is a toasted cream with some nice lingering white pepper. 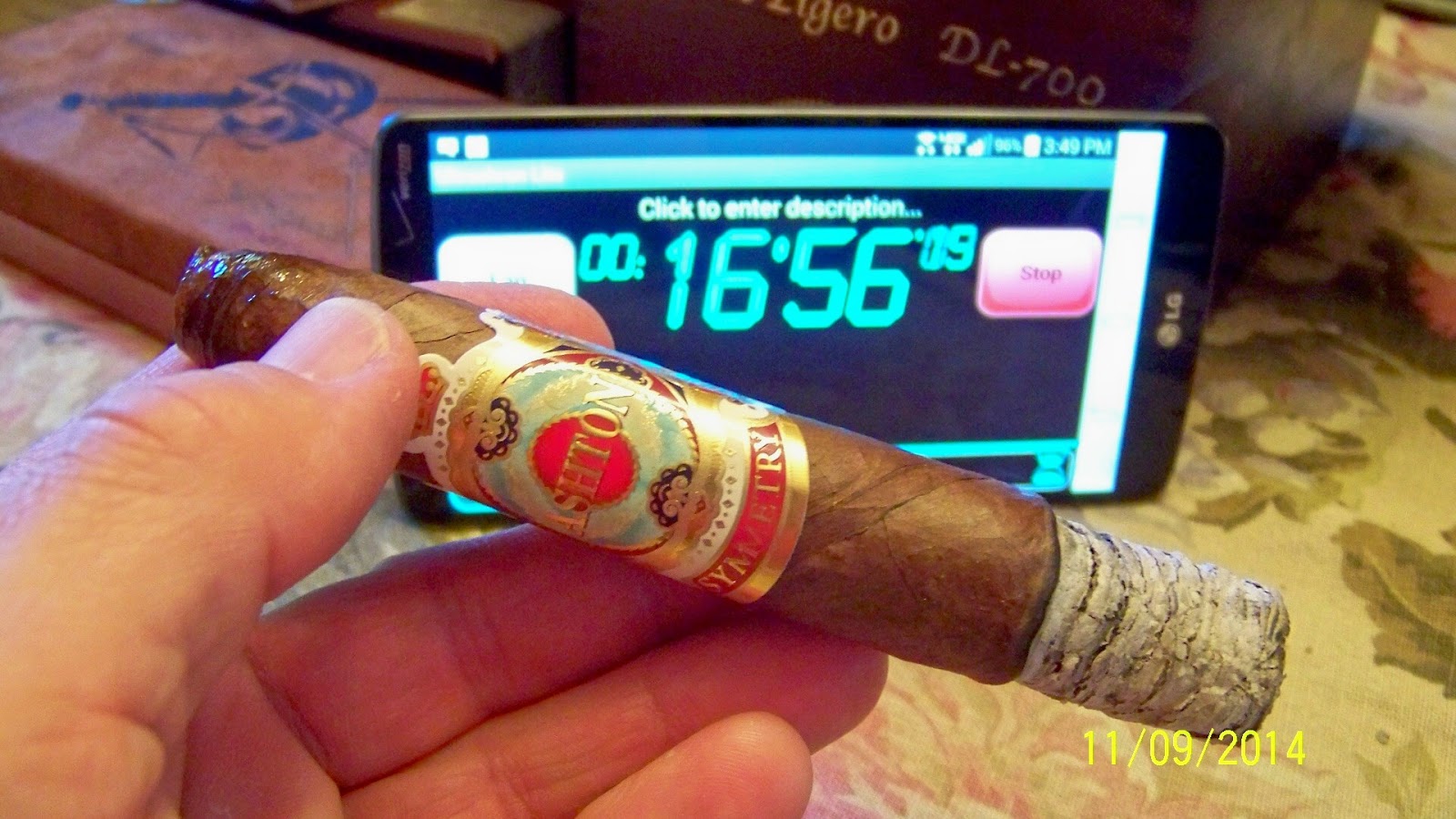 Just a bit further at the 1 1/2 inch point there is now more sweetness, richness, and buttery notes in the cedar. There are also some boysenberry notes tagging along with the cedar. The nutmeg notes have disappeared. The finish is definitely a toasted cream and the cigar is still medium bodied. 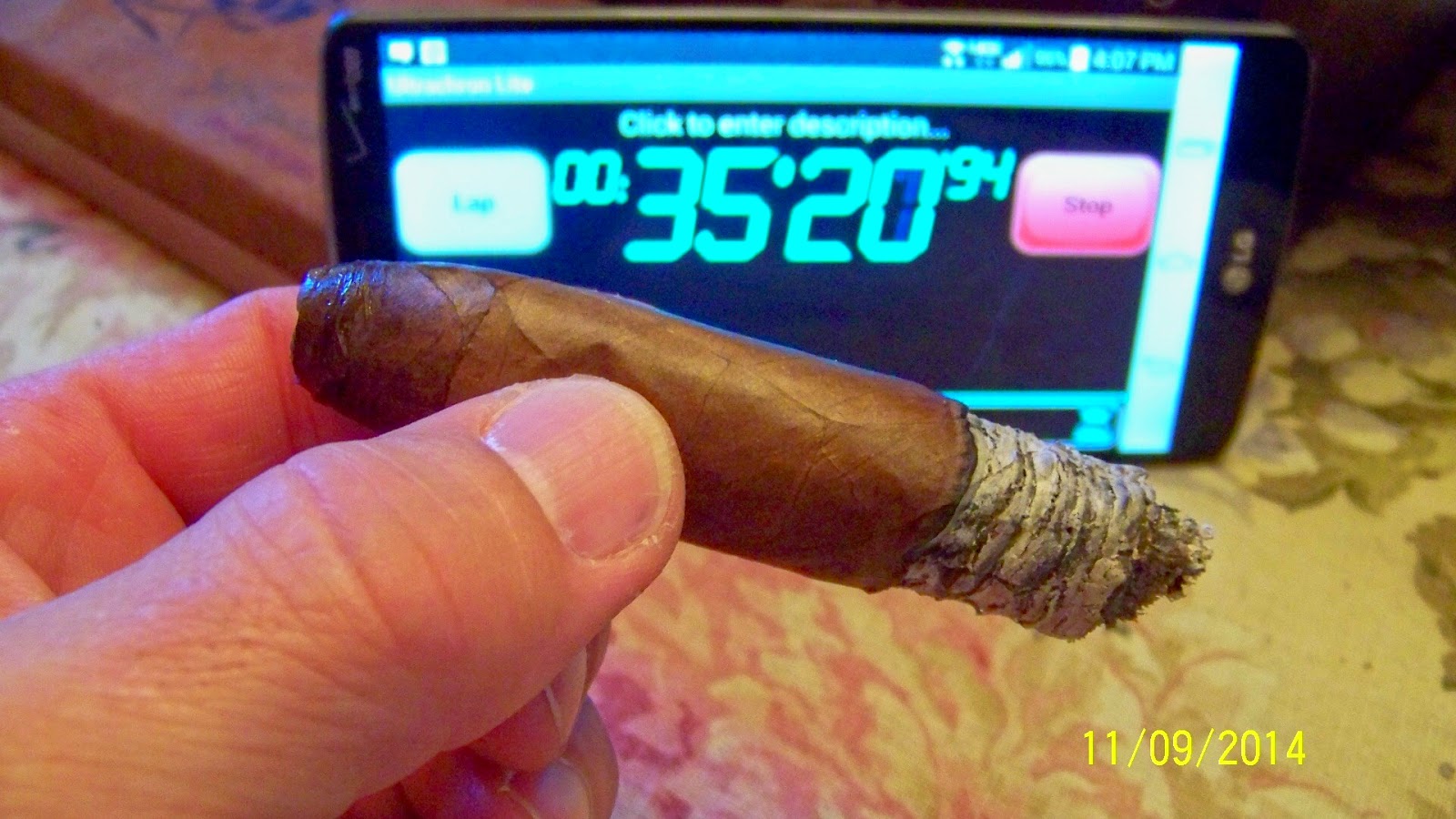 At the midpoint or just beyond the flavors have changed a bit. You still have the sweet cedar with some butter notes. The boysenberry notes are subtle and there are now cocoa notes mixed in with the cedar. The leather notes are still the base. There are now cocoa notes on the finish mixing with the sweet cream. The pepper has ticked up to an 8 and it is very nice on the finish. The cigar is moving toward medium to full bodied. The burn is nearly perfect. 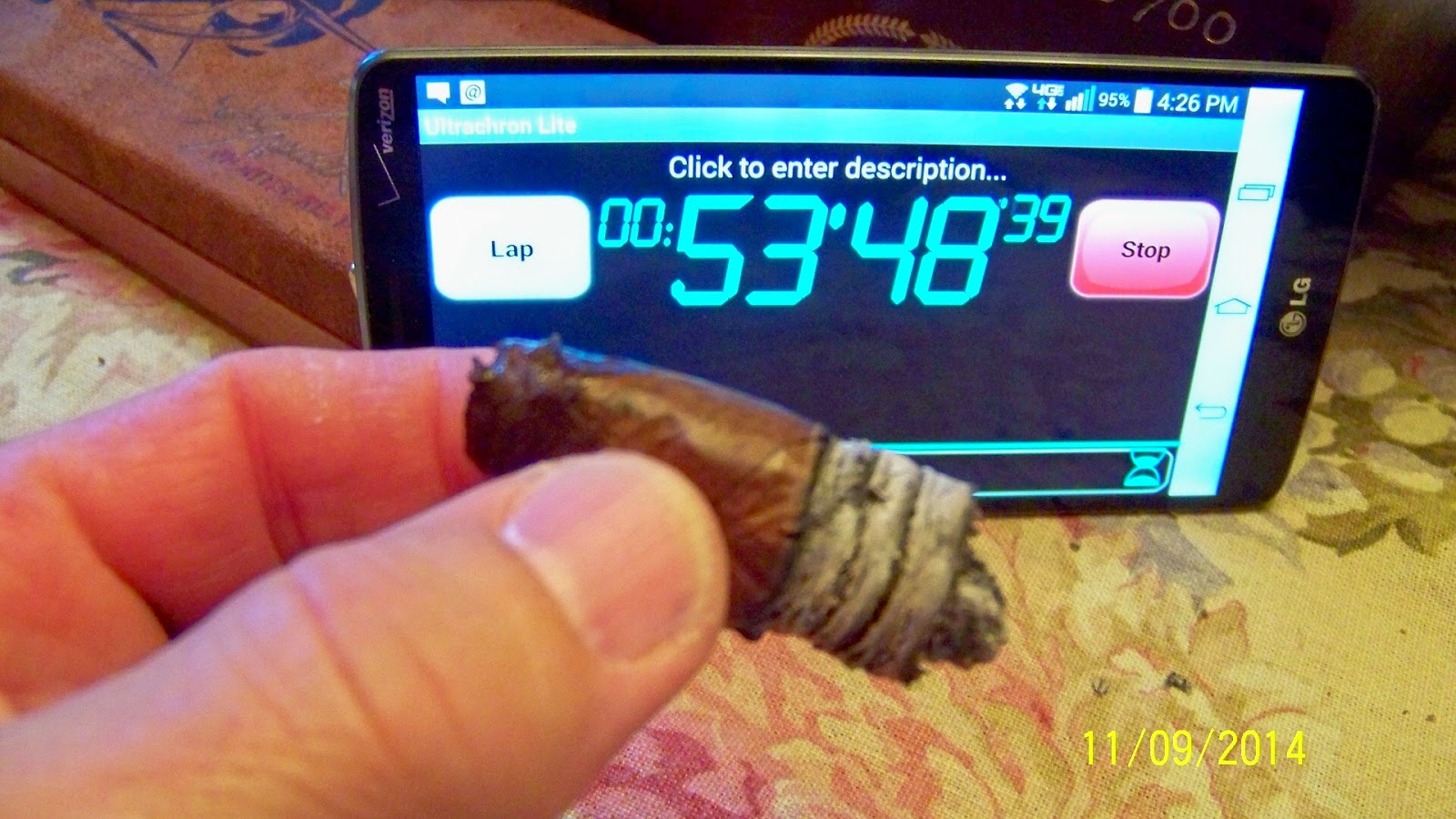 The cigar ended with the sweet cedar with butter notes, cocoa, subtle leather, and nice white pepper. The finish was unchanged. The cigar hit medium to full bodied. This has been a very good cigar. There were several flavor changes which all worked. A tip of the hat to Ashton and Fuente. This is not an inexpensive cigar at about $14 but well worth it. I wish this one had lasted another 30 minutes! Great cigar! 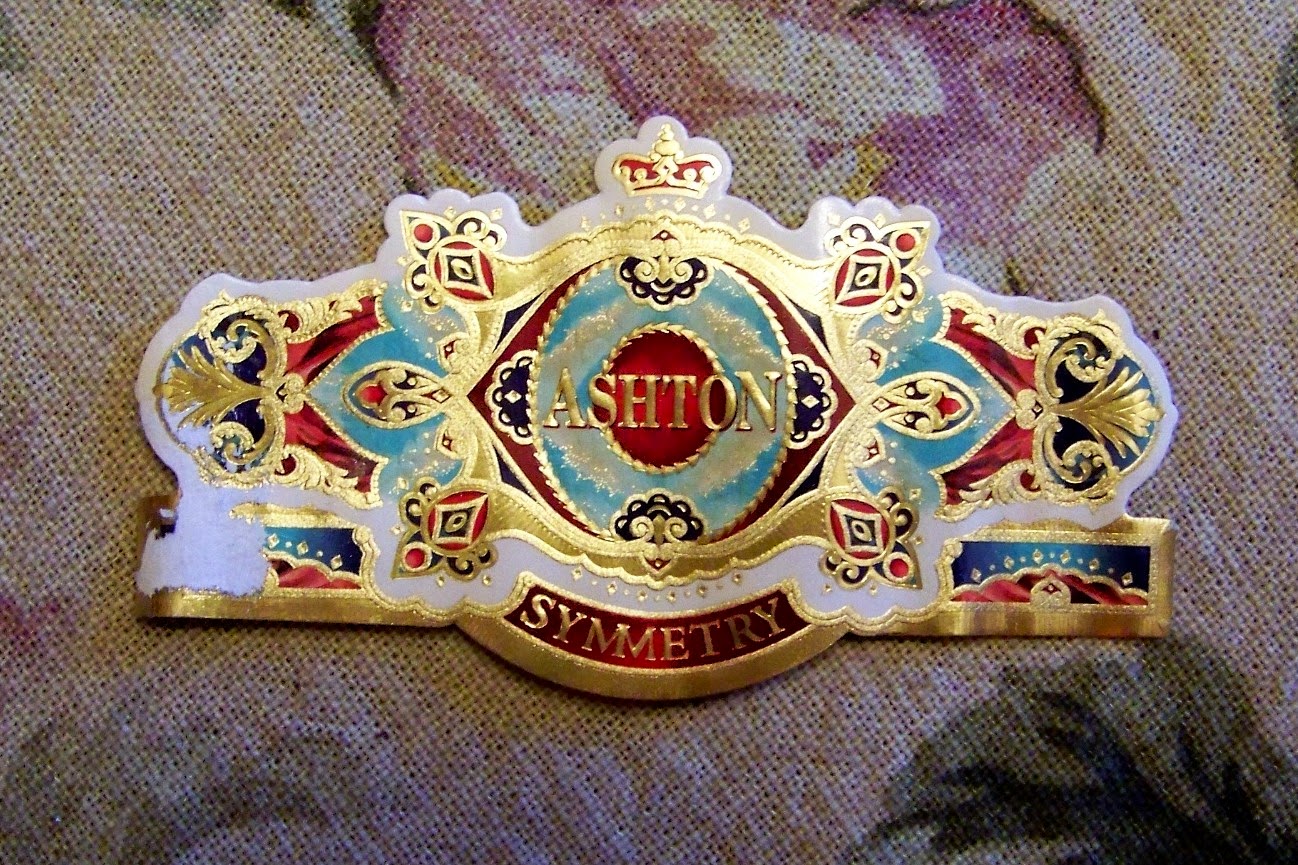