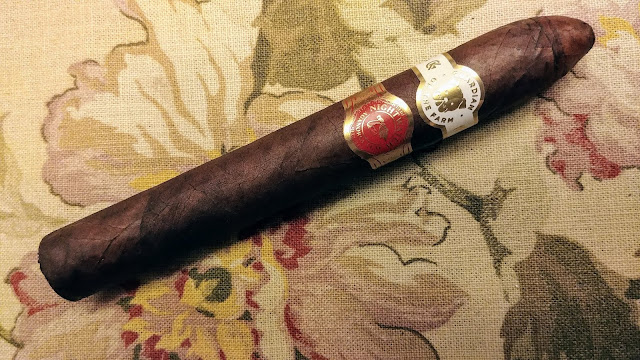 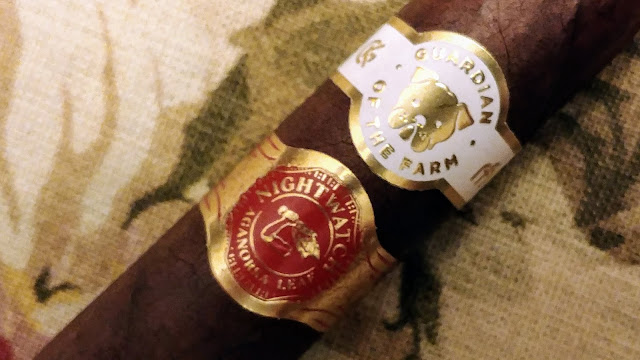 In addition to the Shade Grown Corojo Maduro wrapper from Jalapa, the blend features a Corojo binder from Jalapa and a mix of Corojo and Criollo tobaccos from Jalapa and Estelí. The cigars will be presented in 25-count boxes in four sizes: Rambo (4 1/2 x 48); JJ (5 1/2 x 50); Campeon; (6 x 52 with a 109 cap); and Orpheus (6 x 44). Each of the four vitola names is named after dogs at the Aganorsa Leaf farms.

Max Fernandez commented: “To make a second blend for Guardian of the Farm and our loyal dogs is a blessing. Every dog, whether it is one of ours or your own, is commemorated with this cigar.” 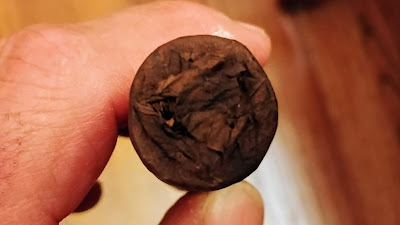 The test draw was ok even though the foot is closed which means it should open up once the cigar is lit. The initial flavors at light up were a citrus, brown sugar, cinnamon, quite a bit of nutmeg which is sort of a nutmeg paste, dry cocoa, and black coffee. There was a nice amount of black pepper rated at 7 1/2. 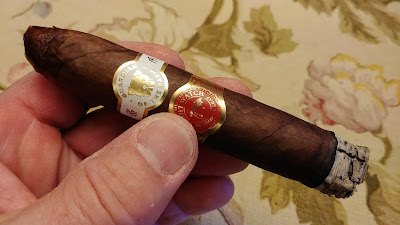 At the first third (36 minutes) the citrus notes are very much challenged by a bitter nutmeg. There is some nice cinnamon but the brown sugar is decreased. There are still dry cocoa notes but now there are also nice chocolate notes. The black coffee has risen. The black pepper is still very good. The finish is dark chocolate, nutmeg, and a nice amount of lingering black pepper. The cigar is medium to full bodied. This is a good, dark noted cigar but I'm a little concerned about the bitterness of the nutmeg and hoping that goes away. But, I rated the first third at 93. 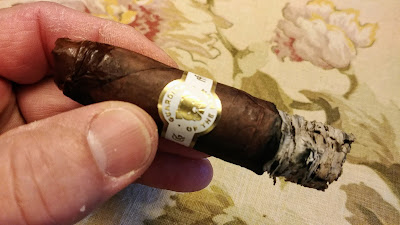 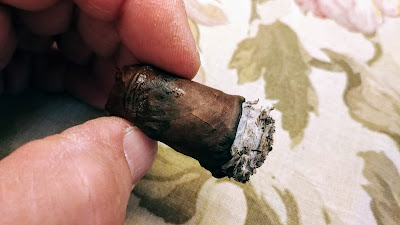 The cigar lasted an impressive 1 hour 47 minutes. The cigar did not quite have the pronounced overall sweetness in the final third as the second third. It sort of reverted back to the way it was in the first third but without the bitterness. The cigar ended at medium to full bodied. It never hit full bodied but got close. The finish is unchanged. The pepper was very good in the cigar throughout. The chocolate notes are nice but they are not quite as sweet. I rated the final third at 93. Another good offering from Aganorsa Leaf. You can purchase these cigars HERE. (available in boxes, 5 packs, and singles) 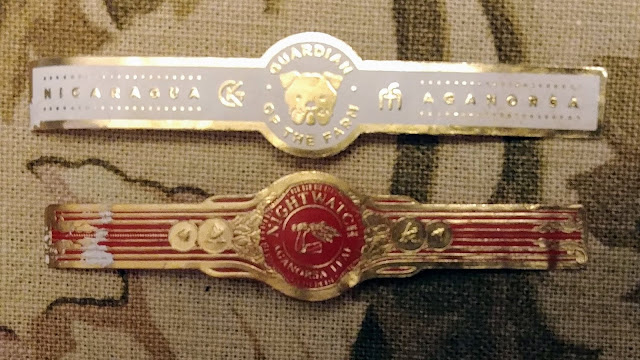