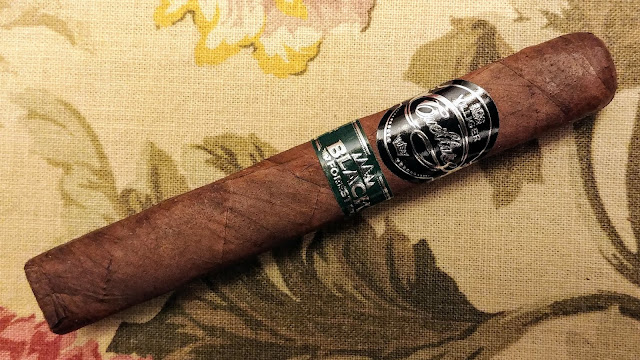 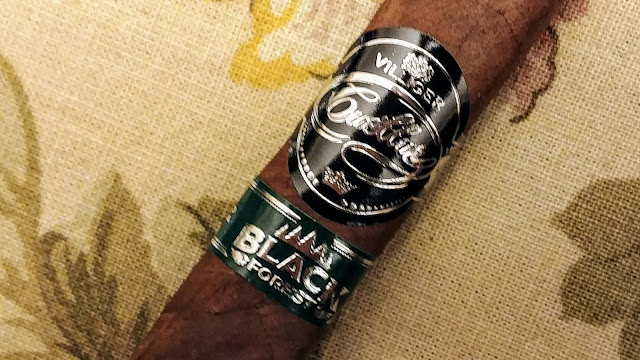 The name of the cigar is inspired by the mystical Black Forest, located on the Southern side of Germany, close to the border of Switzerland where the Villiger headquarters resides. The Black Forest is a hundred-mile stretch home to many large pine trees. These trees are known to block sunlight from reaching the forest ground. This combined with constant fog create an eerie ambiance used in many literary works by German-based authors. The famous Brothers Grimm also based many of their dark fables on the Black Forest.

The Black Forest is also a region near where Villiger Chairman Heinrich Villiger grew up.

The “dark” theme of Germany’s Black Forest carries over into this release with the packaging and the cigar itself. The Cuellar Black Forest features a dark, oily Maduro wrapper over Dominican tobaccos and is available in four sizes – each presented in 20-count boxes. Production is handled at Jochy Blanco’s Tabacalera Palma who also makes the Villiger Cuellar Connecticut Krēmē.

In a press release, Villiger Chairman Heinrich Villiger said:  “We very much look forward to releasing the Villiger Cuellar Black Forest, as it marries Caribbean artisan tobacco craftmanship with German/Swiss folklore, culture, and mysticism. Both our passion for tobacco and the Villiger culture are represented in this cigar.”

The cigar is very dark and box pressed. It has a dense feel in the hand. 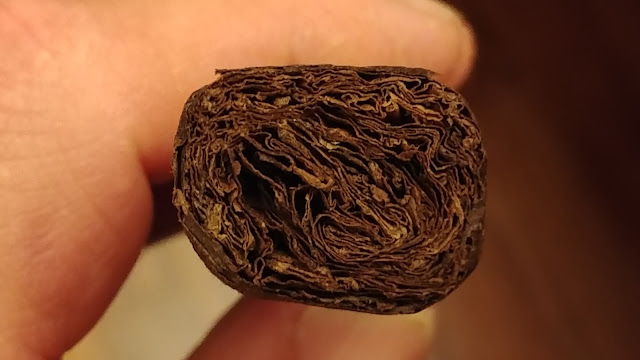 The test draw after cutting the cap was good with just a minimum touch of resistance. The initial flavors at light up were dry cedar, orange peel, brown sugar, touch of cinnamon, and an earthy black coffee. The cigar is actually not that dark noted at this point. 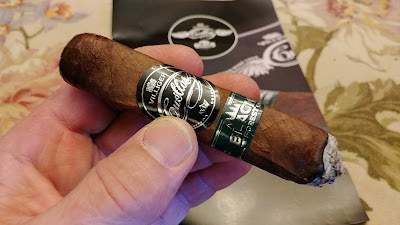 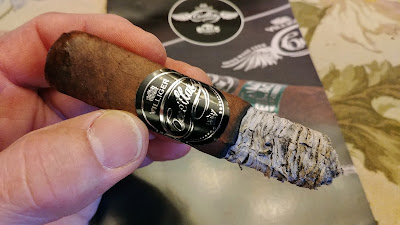 Moving through the second third (1 hour 1 minute) the cigar smoothed out; it got very smooth. There were still a light combination of cedar and orange peel, very light brown sugar and cinnamon, some caramel but it's also light, quite a bit of nutmeg, light unsweetened dark chocolate, and quite a bit of the earthy black coffee. The black coffee continues to give the majority of dark notes. The finish is unchanged. The cigar is now full bodied. I held the score of 90 for the second third. 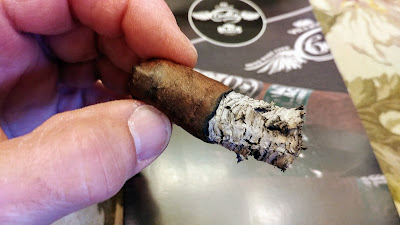 The cigar lasted 1 hour 30 minutes. In the final third the light sweetness became basically no sweetness. I had a little cedar, nutmeg, a little unsweetened dark chocolate, and earthy black coffee. The finish is unchanged and the cigar is full bodied. The cigar was somewhat interesting in the first and second third but here in the final third it lost me. I rated the final third at 87. This is another very dark noted cigar with minimum sweetness. If you would like to try these cigars you can purchase them HERE. 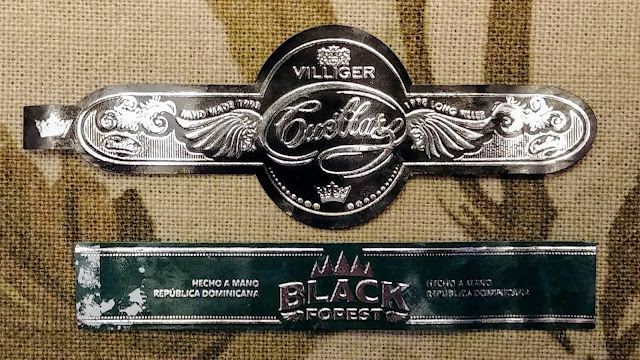 I've really been enjoying Villiger Cigar's products lately and this new Black Forest is one of my new favorites!