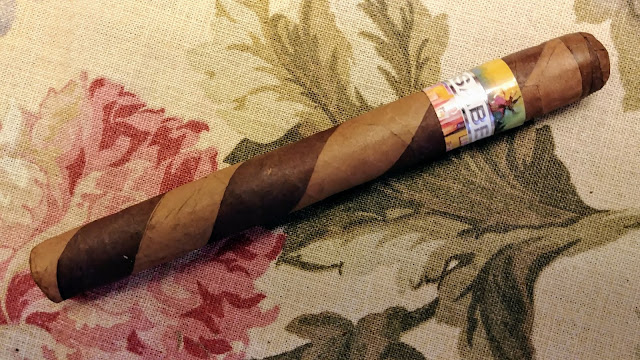 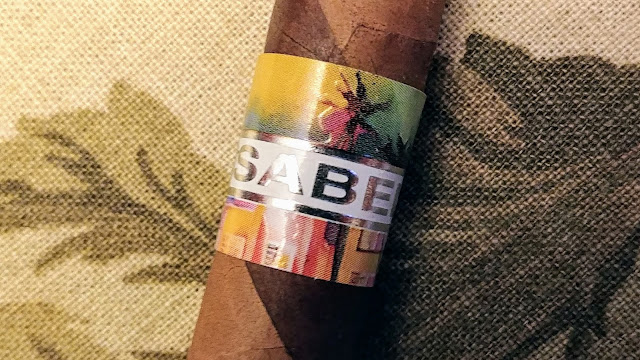 (portions of description taken from Halfwheel.com website)
The Time-Traveler is the truest "Journey" of a cigar, blended to take you on a trip back in time, to the flavor profiles of the most popular Cuban Cigars of the early 90s, with an added "Isabela Sizzle" !

This journey is reflected by the eight distinct seamless transitions of changing flavor profiles that the Time-Traveler reveals. To create this one of a kind experience, we sourced multiple high priming varietals of small farm tobaccos, each of which was aged at different seasons before rolling, as well as 32 months of post-production aging , to fully effect the intention of the blend.

Due to the scarcity of the multitude of different tobaccos used, as well as the extensive aging, this release is limited to 100 Collectors Boxes of 12, hand numbered and signed, and 50 bundles of 25. The Time-Traveler will be available at all Official Isabela retailers, as well as small amounts for direct purchase, at isabelacigarcompany.com

John Piette of Isabela told halfwheel that the filler includes medio tiempo leaves and “sliver of ligero.” Medio tiempo is the highest priming on a tobacco blend, above the ligero primings, that is only found on a fraction of plants.

For the 2019 release, the cigar was aged a total of two years and eight months. Time-Traveler has only been released once before, in 2017.

The cigar has the traditional barber pole wrapper seen on other Isabela cigars. It has an average feel in the hand. 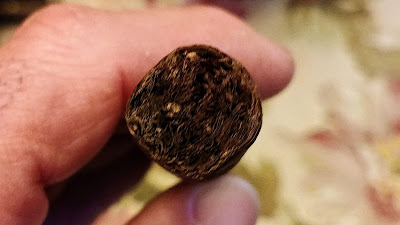 The test draw after cutting the cap was a bit firm so I used my PerfecDraw tool to open the draw. Because of the reports of numerous flavor changes I decided to stop at every flavor change and make a report.

The initial flavors at light up were numerous; a tangy orange citrus, brown sugar, cinnamon, caramel, nutmeg, and black coffee. There was black pepper rated at 7 1/2. The sweetness is very thick. Nice start. 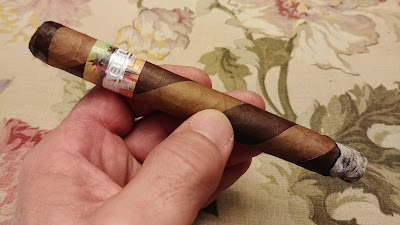 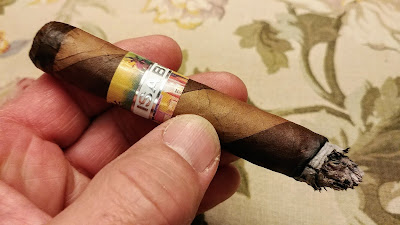 At 24 minutes I went through several subtle transitions to this point. Too many to list. They seem to happen every few minutes and before I could note one another one took it's place. At this point the lead flavor is more of a sweet apricot, quite a bit of cinnamon, nice caramel, low level brown sugar, nutmeg that is quite noticeable but smooth, and the black coffee base. The black pepper keeps increasing slowly. The finish is very sweet. There is papaya, caramel, nutmeg, and a lot of black pepper. The cigar is improving. This segment was better than the first. I rated this section at 97. 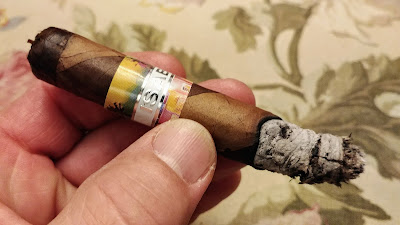 At 35 minutes which was around the midpoint there is a peach flavor, toasted caramel, a touch of leather, nutmeg, brown sugar, cinnamon, light chocolate, and black coffee. The cigar is medium to full bodied. The finish is a very sweet peach, nutmeg, low levels of caramel, and nice lingering black pepper. I rated this section 96. 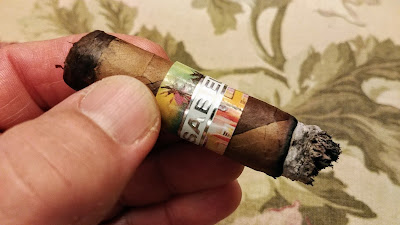 At 44 minutes the caramel has really increased. With it the brown sugar increased. The lead flavor is now more of a cedar/peach flavor. The chocolate notes are more noticeable. The nutmeg is very smooth and creamy. The black coffee base is still there and the black pepper remains very, very good. The finish is pretty much unchanged. The cigar is still very, very good. The score for this section is 96. 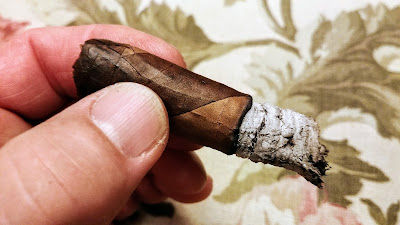 At 52 minutes there is much more chocolate and caramel. There are cedar notes, brown sugar, and cinnamon notes. The black pepper is very tingly. The nutmeg notes are low at this point. The coffee notes have risen somewhat. The cigar is what I would call complex since it makes subtle changes all the time. The cigar is now full bodied. The finish has cedar, caramel, low levels of nutmeg, and a lot of lingering black pepper. I rated this section at 96. 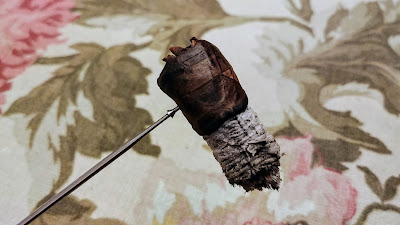 At 1 hour 8 minutes I used my PerfecDraw tool as a nubber getting every last puff out of the cigar. At this point there are a lot of caramel notes, brown sugar, a lot of cinnamon, cedar, a creamy nutmeg and it's made creamier by the entrance of roasted nuts, and a thick presence of black tea with a black coffee base. The finish is a lot of caramel, some black tea, a little nutmeg, and a massive amount of lingering black pepper. The cigar is full bodied. Change after change. I rated the final section at 97 as it was quite impressive. This is a fantastic cigar which you should act quickly and purchase before they are totally gone. Only a few 5 packs remain as of this post. Go to https://www.isabelacigarcompany.com/ to purchase these amazing cigars. 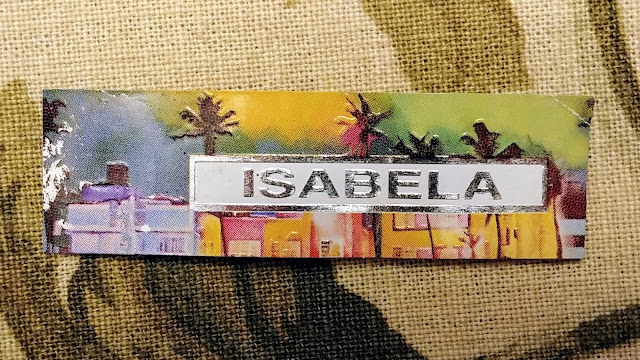