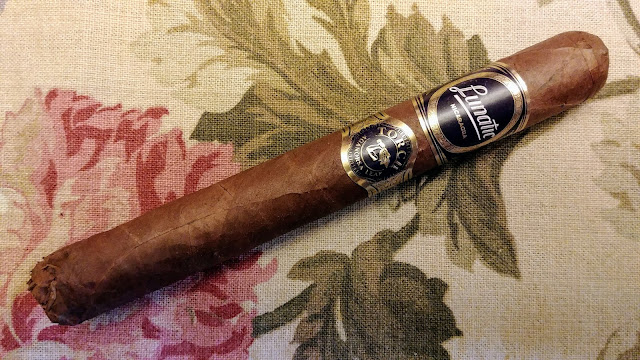 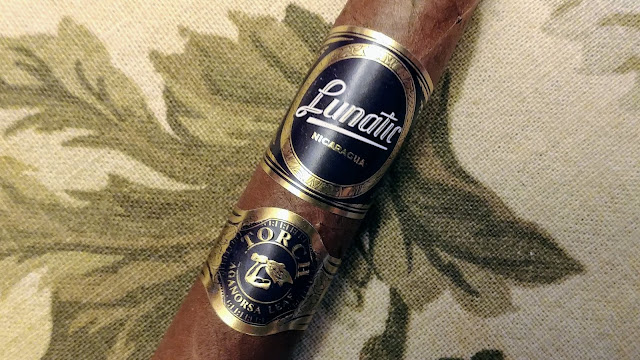 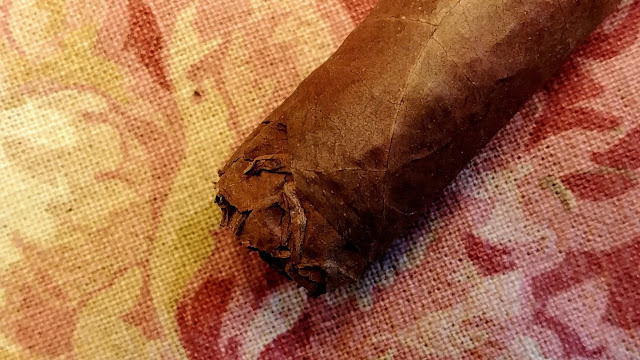 (Description taken from cigaraficionado.com and cigar-coop.com websites)
Aganorsa Leaf is revamping their JFR Lunatic Torch line with all new sizes and new packaging.

The JFR Lunatic Torch features a shaggy foot where the filler and binder are exposed on the first half-inch of the cigar.

Made at the Aganorsa Leaf factory in Nicaragua using only Nicaraguan tobacco grown on the Aganorsa farms, the new sizes will maintain the same blend as the original release, which has a different blend than the core JFR Lunatic line. The Torch line features a Corojo ‘99 wrapper from Jalapa, with a double binder and fillers from Estelí and Jalapa.

The cigar is nice looking and has a nice feel in the hand. The unfinished foot is ragged and rough looking. 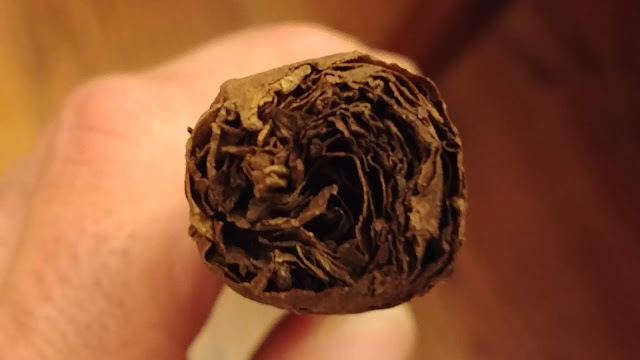 The test draw after cutting the cap was good. The initial flavors at light up were a sweet and tangy citrus/cedar combination, brown sugar, cinnamon, caramel, honey, nutmeg, and black coffee. At light up the black coffee is light. This cigar reminds me a lot of the Guardian of the Farm Campeon. Very good start. 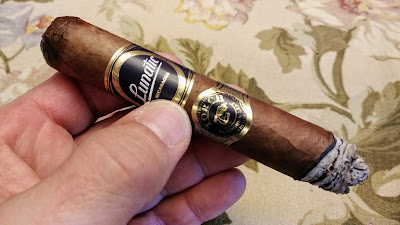 At the first third (33 minutes) it's obvious that this cigar is right up my alley. The nutmeg now has some leathery aspects. The coffee notes have risen somewhat putting the cigar in more of a balance. All the other flavors initially described are very much in play. The cigar is very sweet. It is medium to full bodied at this point. The finish is a little brown sugar and a lot of leathery nutmeg with decent lingering black pepper. The first third is excellent. I rated it 96. 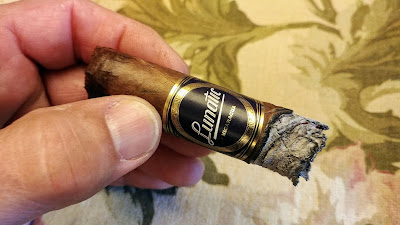 Moving through the second third (1 hour 16 minutes) the cigar is consistent. The only thing that has changed is the strength. It is now full bodied. Everything else is the same...and that's a good thing! I easily maintained the score of 96 for the second third. 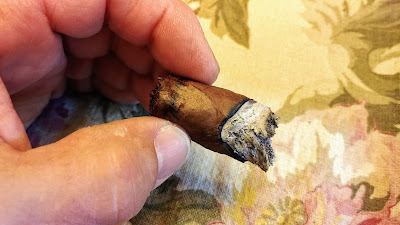 The cigar lasted 1 hour 37 minutes. Over the course of the cigar the citrus/cedar flavor became more of a cedar with slight citrus aspects. Everything else is the same as the second third. The cigar is very full bodied which surprised me a little. The finish is unchanged. This cigar is quite consistent. I like the honey notes in the cigar. I have honey every day and love that flavor. The 52 ring is a good size for me. I like 52 or 54 rings the best. I have heard the larger rings are just as good so I don't think you can make a bad choice with any of the Torch line. I maintained the score of 96 for the final third. A very good cigar. 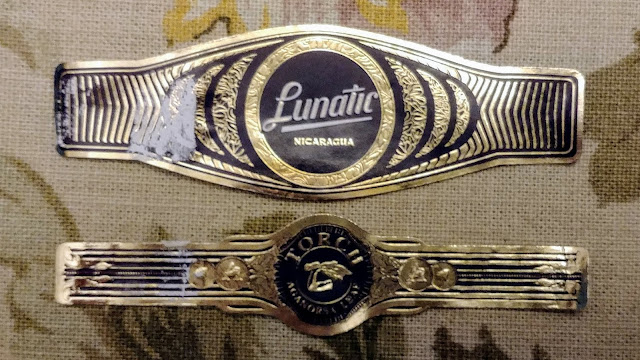