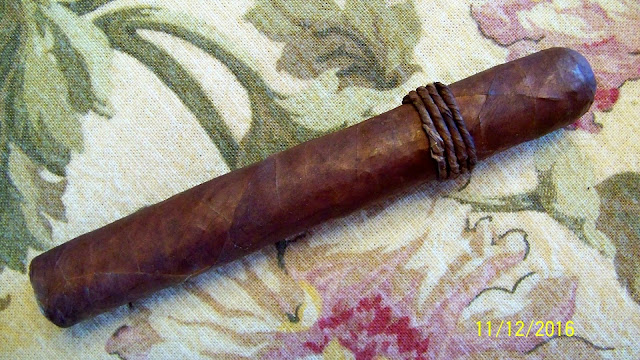 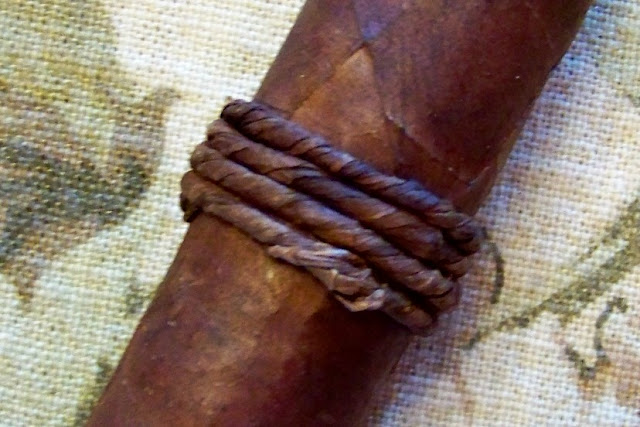 (Portions of description taken from Cigar-Coop.com website)
The CAO Amazon Basin was first introduced 2 years ago. When I reviewed it at that time it got a very good score. It was a limited release and went away quickly. Since then people have been searching high and low for them but for the most part not finding any. Then CAO announced this year that they were bringing it back. Part of the problem was the Bragancia tobacco used in the filler is only harvested every 3 years. It is grown in a remote region of Brazil. Here is what CAO had to say about the cigar.

This cigar incorporates rare tobacco from a remote region of the Amazon rainforest known as Bragança. This tobacco is organically grown on unspoiled tropical land and harvested only once every three years. The seedlings are transplanted directly into the soil a full yard apart. As a result, this results in a small yield which is half of other tobacco plants. All of these factors lead to Bragança being a rare tobacco.

The harvested Bragança leaves are then rolled into tubes known as “carottes” where they undergo six months of fermentation. The tobacco is transported out of the Amazon via canoe. Eventually they are brought to the CAO factory in Esteli, Nicaragua.

Because the Braganca leaf used in the CAO Amazon tobacco is low yield, this is not something CAO can offer on a regular basis.

In addition to Bragancia tobacco, the filler of the CAO Amazon Basin also contains Colombian and Dominican tobacco. The cigar also incorporates an Ecuadorian Sumatra wrapper and Nicaraguan binder. The cigar is made in one size – a 6 x 52 Toro, available in 18 count boxes. Specific production numbers were not disclosed. Individual cigar price: $10.25 each.

The cigar is a dark brown and fairly well made. It looks a little rustic and that fact is reinforced by the vine band. The cigar is very dense and has a heavy weight in the hand. 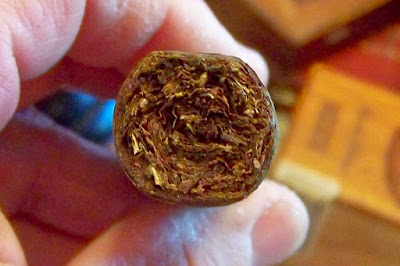 The test draw after cutting the cap was good. The initial flavors at light up were a tangy, sweet orange citrus, cinnamon, brown sugar, and hints of graham cracker. There was a light coffee base. There was black pepper rated at an 8. Very nice start. 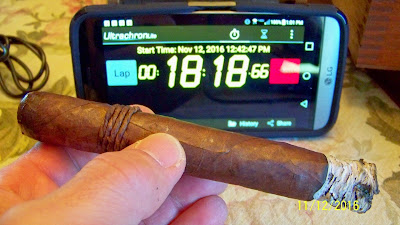 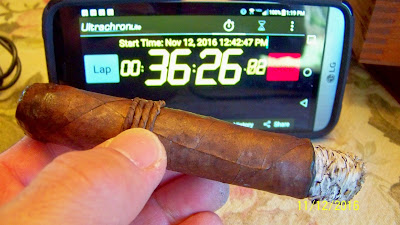 About 2 inches in the strawberry flavor is full blown. It's almost like you combined an orange Starburst and a strawberry Starburst in your mouth at the same time. The pepper continues to be very good and is improving on the finish. The finish is unchanged. The cigar is approaching medium to full bodied. The light coffee base gives the cigar an overall great flavor. 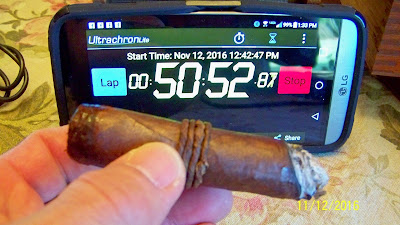 With about 3 inches remaining I noticed a high pitched sweetness which I decided is a white chocolate. Now there is another sweet flavor added to the others. Luckily there is a nice, light dark coffee base to even things out.

As I approached the vine band I decided to burn right through it. Here is the progression of the burn through the band. 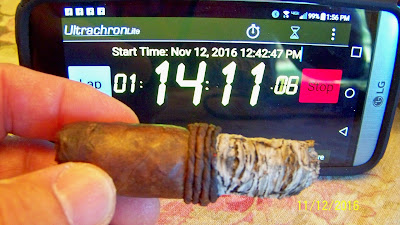 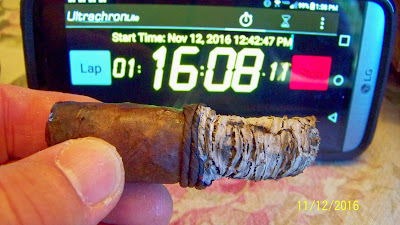 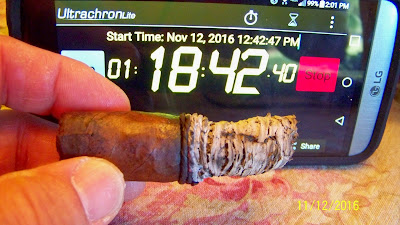 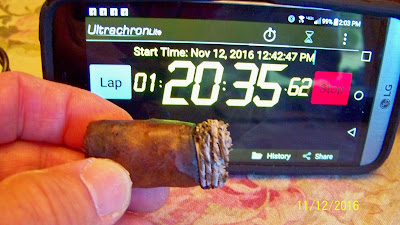 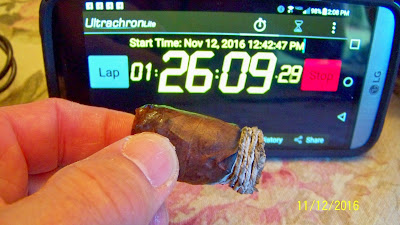 As the cigar ended it was just as good as it started. There are plenty of sweet notes with a nice black coffee base. This was a fantastic cigar. The only thing it lost as it went along were the graham cracker notes, which was not in any way a deal breaker. I did not look back at my previous review of this cigar as I did not want any preconceived ideas of what the cigar would be. But, nonetheless this has been a great cigar. I had two others prior to this review and based on my thoughts after having those I purchased an entire box of 18! This has been the best cigar I've had this year so far. If these fly off shelves as fast as the first edition you should act quickly to secure your share! Great, great cigar.

Wow, I'm going to have to try this cigar. I haven't had anything by CAO in a while, sounds like they really stepped up their game!

This is their best cigar, by far.

It's been hard finding these, I've tried a few places online but they are on backorder. I've also tried a local shop but no dice. You've influenced me, I haven't had a connecticut wrapper since I was in SC. I've been burning a lot of medium to full and maduro cigars :-) I'm going to keep a watch out for
these in hopes they become available again!

Hey Tim, great job on all your reviews. Very informative. I'm new to the world of fine cigars and boy am I enjoying trying different ones and finding my favorites. Could you recommend a cigar similar to this with the sweet notes you speak of? Unfortunately I have not been able to locate any of these cigars and am on the hunt for a similar flavor.

Nathan, this cigar has very unique flavors but there are cigars that have rich, sweet flavors. Try some of the Perdomo Champagne Sun Growns or Joya Black. These are just two to try.