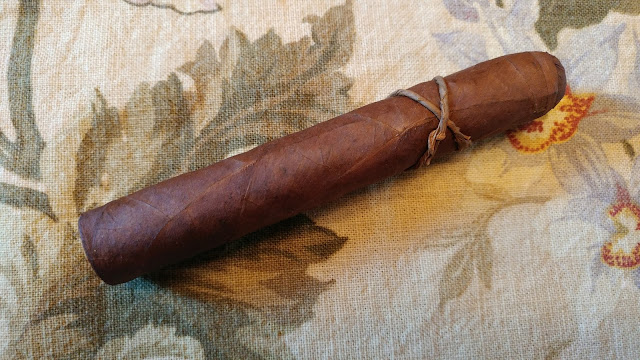 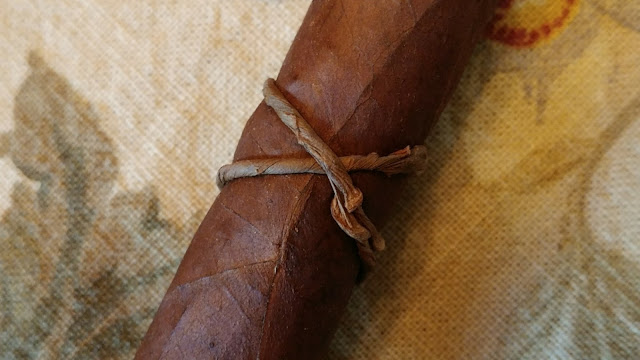 Known as the Indiana Jones of the cigar business, Ernest Gocaj traveled to Brazil in 2012. There, in the Amazon, he met natives who cultivated a rare variety of tobacco. The tobacco Ernest discovered was Brazilian Bragança tobacco, the foundation of CAO’s Amazon Basin.

Fast forward to 2015. Ernest returned to Brazil, this time to the Alagoas region in the center of the country. There he was witness to an ancestral fermentation method that produced tobacco with flavor like nothing else. In the Alagoas, the natives fermented Arapiraca tobacco in ropes and call the tobacco Fuma Em Corda. Ernest put the fermented tobacco in his mouth and chewed it to experience the aroma and flavor. He instantly knew he was on to something. To get his hands on as much of this tobacco as he could, Ernest told the farmers he would take all of that year’s harvest, right then and there. 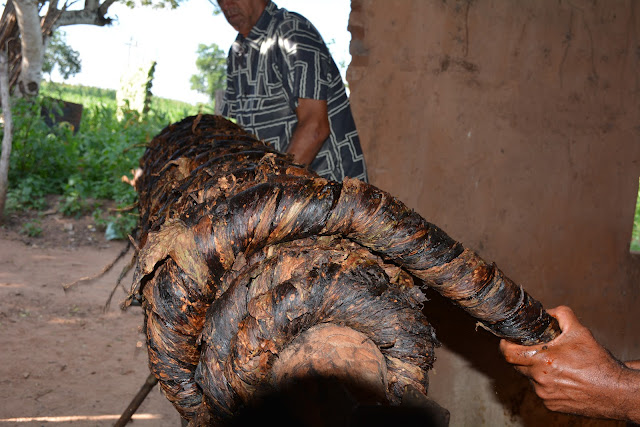 The tobacco ropes were shipped to Honduras and CAO’s blending team took over. This is the story of CAO Fuma Em Corda.

With the tobacco delivered safely to Honduras, Ernest stepped out and Rick Rodriguez (blender/ambassador) stepped in. Together with the CAO blending team, Rick built the blend around the Brazilian Araparica tobacco. In a nod to Amazon Basin, Rick and the team included Brazilian Braganca in the blend for Fuma Em Corda. They added Honduran and Nicaraguan tobaccos, to bring a deeper dimension of spice to the salty, earthy flavor of the Brazilian leaves. A Cameroon binder was chosen to deliver a solid burn, and the blend was wrapped in a Honduran Colorado wrapper to deliver a cigar with notes of leather, roasted coffee and black pepper.

CAO Fuma Em Corda is a limited edition blend that will never be re-released. Just 3,000 boxes have been made for sale only at cigar shops, and by the time the cigars hit retail later this month, they will sell out in the blink of an eye. The cigars are made in Honduras, packed in rustic wooden boxes and only available in a 5 x 50 Robusto, selling, if you can get them, for $8.99 per cigar. Twenty-count boxes will sell for $179.80.

One final note: Ernest returned to Brazil for one last time. He scored his last batch of Amazonian rainforest tobacco, for another limited release. Stay tuned for more on the final installment of the CAO Brazilian tobacco trilogy.

The cigar is a touch rough looking but the rope vine band seems to fit the look. Here is a shot of the foot. 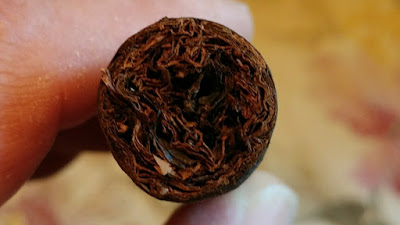 The cigar is a dark brown and the rope vine band seems to fit the cigar persona. The test draw after cutting the cap was very good. The initial flavors were a sweet, pink grapefruit citrus, brown sugar, and an earthy black coffee. There was black pepper which I rate at a 7 1/2 to 8. 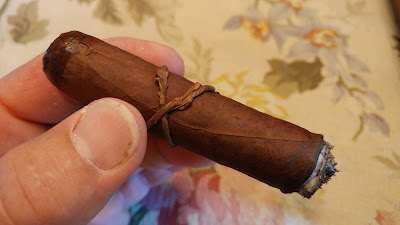 About 1 1/2 inches in (30 minutes) the flavors are about like I initially described but now you can add in chocolate notes and a dash of whipping cream flavor. The finish is an earthy chocolate cream with some lingering black pepper. The cigar is medium bodied at this point. 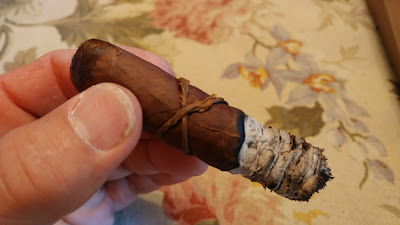 As I approached the rope band (50 minutes) the whipping cream has morphed over to a sweet caramel. The other flavors are pretty much unchanged. The coffee is not as earthy as it was before. The black pepper remains very good. The finish is unchanged. The cigar is the upper end of medium bodied. 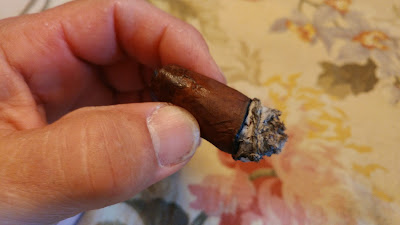 As the cigar ended (1 hour 6 minutes) the chocolate notes became elevated. The cigar had a good mix of flavors. It ended medium to full bodied. The finish was unchanged. This was a very good cigar that is quite different in flavors from the regular Amazon Basin. I am very curious how the larger ring Gage of the toro will affect the flavors. I hope to sample those and report back on any differences. As far as this cigar goes it was quite enjoyable with nice sweet flavors. It's too back it's a one and done production. You better grab them while you can!

Do you think it's worth buying a few boxes of the corda Toro and let them age for a few years? I purchased a few Partagas 150's back in the day and kick myself for not putting a few away. Will this cigar be missed when the 3000 boxes are gone, or was that 3,000 number for the brick and mortar robusto only and the internet sales quantiles are much higher?

Of the 3 versions of this cigar my least favorite is the En Corda. I have some Amazon Basin's and Anaconda's in the humidor but no En Cordas. It's your call. I don't think a long rest will do them a great deal of good but I doubt they'll lose anything either.