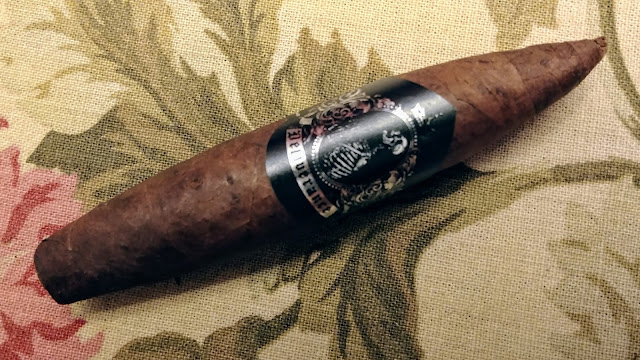 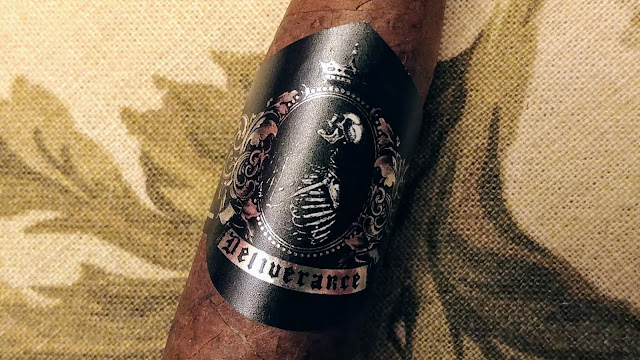 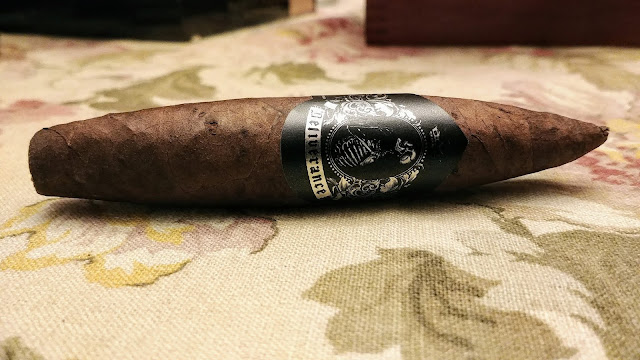 (Description taken from Cigar-Coop.com website)
Black Label Trading Company has announced the return of its small batch Deliverance Nocturne release. Deliverance Nocturne returns with the same blend as has been used in previous years. For the first time since the 2017 release the full size “Tall Salomon” measuring 6 1/4 x 36 x 56 returns along with the Perfecto and Short Salomon “Short Nose” sizes.

This is the 5th release of Deliverance Nocturne. “The Nocturne highlights everything I love about PA Broadleaf. The rich, complex and bold earthiness of the wrapper highlights the unique blend of this cigar,” says James Brown, creator of BLTC and partner at Fabrica Oveja Negra.

The cigar is beautiful. I love the shape. It has an average feel in the hand. 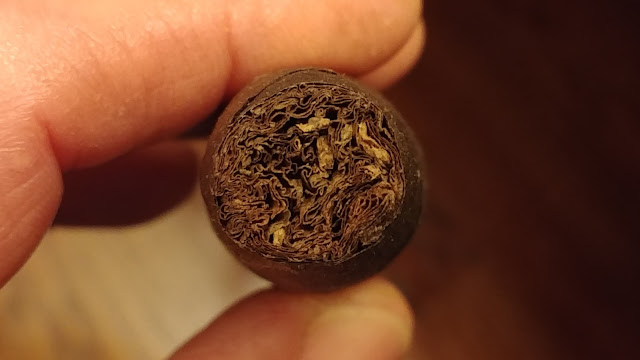 The test draw after cutting the cap was very good. Some other samples were a little tight since I take so little from the cap. Use your PerfecDraw tool to open the draw if this happens. Don't cut too much from the cap.

The initial flavors at light up were fantastic; a sweet cedar with some tangy notes, a lot of sweet brown sugar, nice cinnamon, caramel, quite a bit of a leathery nutmeg that is creamy and smooth, chocolate notes, and a lot of black coffee. The cigar is very powerful tasting. I expect subtle flavor changes in the cigar with the ring changing so quickly. The cigar is very sweet. There are almost molasses notes. Very sweet and very dark. Great start! 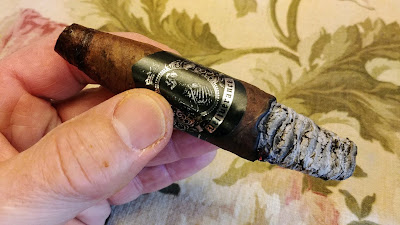 At the first third (23 minutes) the cigar is fantastic. As the cigar moved to the larger ring more of the nutmeg notes have come out. But, the cigar is still extremely sweet. It is also full bodied. The flavor notes are just as described. The chocolate notes have become subtle and there seems to be more black coffee. Even though the nutmeg has risen it is still creamy and there are leather notes attached. The cigar continues to be very dark notes but very sweet. I rated the first third at 96. 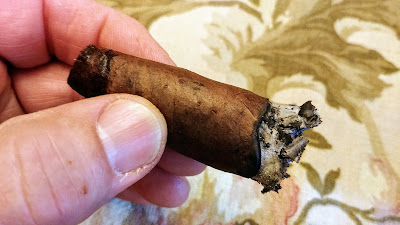 At the midpoint (42 minutes) there are some subtle changes. There is now more of a dry cedar, more nutmeg, a little less leather, more black coffee, more black pepper, and the same fantastic sweet notes. I think this is the best Black Label Trading Company cigar I've ever had. It is simply great. The finish is caramel, nutmeg, and a very nice lingering black pepper. The cigar is very full bodied. The midpoint score is also 96. 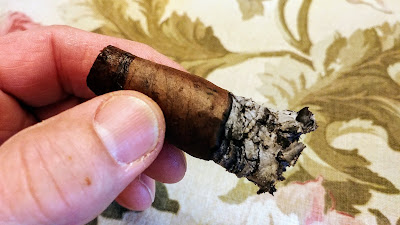 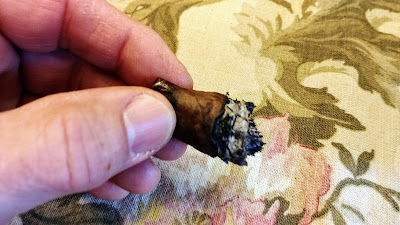 The cigar lasted 1 hour 3 minutes. In the final third the chocolate notes came out a little more. In the smaller ring portions the chocolate notes were most noticed. All the other flavor notes were still in play. This is a boxworthy cigar. I am curious about the other vitolas and may sample them just to see how they are. But I expect them to be equally as good. The final third was rated at 96. Fantastic cigar. You can purchase these cigars HERE. 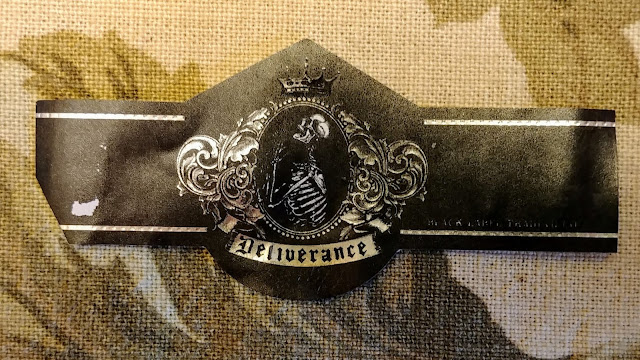