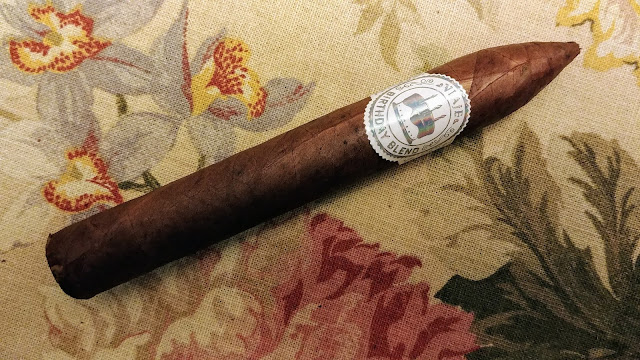 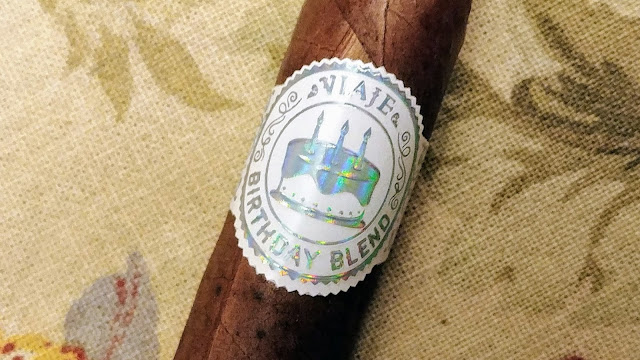 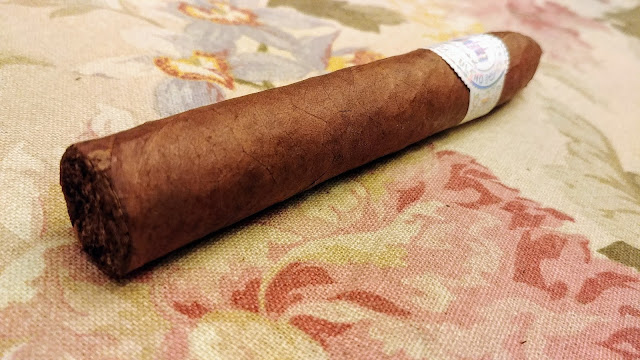 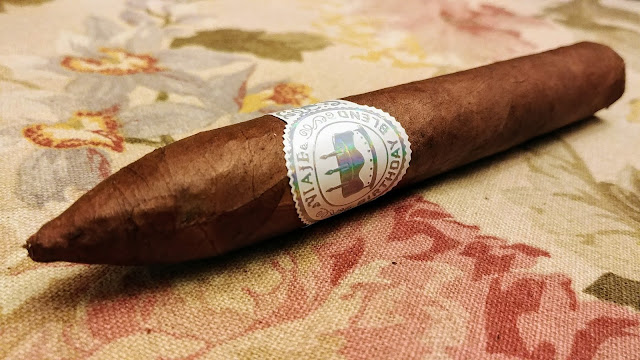 Video review HERE.
(Description taken from Halfwheel.com website)
The latest installment of the Viaje Birthday Blend has been released, which celebrates Farkas’ birthday on June 6. It is a 6 x 52 torpedo priced at $9.53 per cigar or $362 per box of 38.
Viaje debuted the Birthday Blend in 2016 as part of its White Label Project (WLP), though that designation lasted only one year before the line got its own packaging and banding, though did retain the WLP’s sticker that indicates some blend and production details. The original plan was to adjust the number of cigars per box in each release to correspond with Farkas’ age that year, though FDA regulations prevented that plan from moving forward.
While the company has not disclosed this year’s blend, the 2019 version used a Nicaraguan criollo 98 wrapper over a Nicaraguan binder and Nicaraguan fillers.
The blend is said to be inspired by Old Forrester’s Birthday Bourbon, a limited edition, 12-year-old, vintage dated expression that comes out on Sept. 2, the birthday of company founder George Garvin Brown.
The cigar is well made and dark brown. It has a nice feel in the hand. 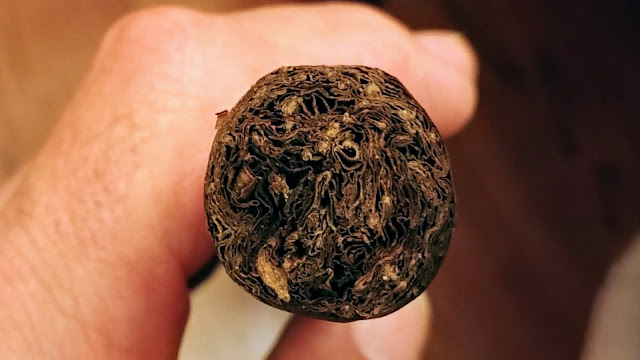 The test draw after cutting the torpedo cap was good. The initial flavors at light up were a citrus/cedar combination, brown sugar, cinnamon, caramel, cream, leather, and black coffee. There is a low amount of nutmeg at this point. The sweeter flavors greatly outweigh any nutmeg notes. There was a very nice amount of black pepper which I rated at an 8. Nice sweet start.
At the first third (28 minutes) the cigar settled down. I did not have the intensity of the sweeter notes. I still had the citrus/cedar, brown sugar, cinnamon, caramel, leathery nutmeg, and earthy black coffee. The black pepper is still very good. The finish is cedar, nutmeg, hints of leather, hints of brown sugar, and a lot of lingering black pepper. The flavors are still good but they have very much toned down in their intensity. I rated the first third 92. (FYI, the intensity of the flavors at light up would have rated the cigar 94.) 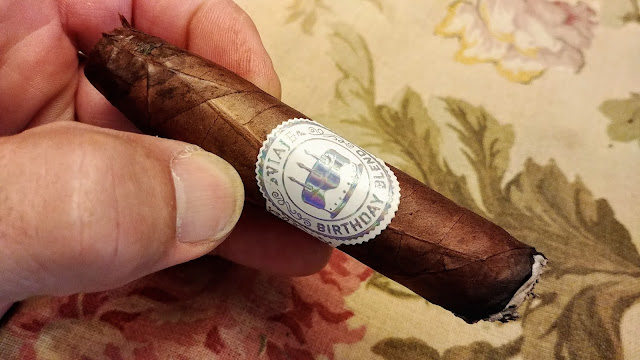 As I moved through the second third (55 minutes) the flavor notes are still there but they are watered down by an increase in nutmeg. If you will recall, the cigar had hardly any nutmeg when it started. Well, you'll notice it now. The leather has also toned down. The black coffee has also increased. The cigar is very close to full bodied at this point. The finish has more nutmeg, a little cedar, and hints of brown sugar. The lingering black pepper is still very good. The cigar has changed even more but it's still fairly appealing. I rated the second third 91. 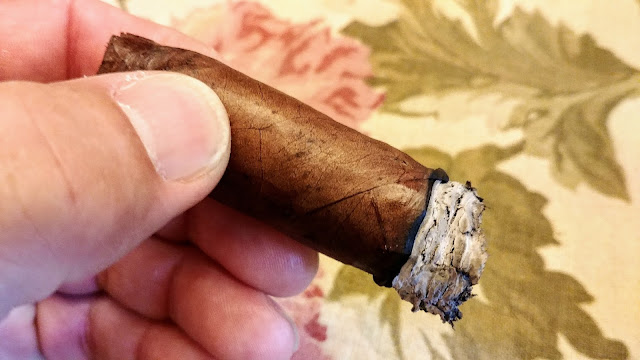 The cigar lasted 1 hour 20 minutes. The cigar continued to change but not for the better. There is now a lot of nutmeg and earthy black coffee. I even had dry oak notes pop up that were not there before. There are now only hints of the front end sweeter flavors. The cigar is full bodied. The finish is pretty much unchanged but there is a lot more nutmeg now. The lingering black pepper remains very good, as well as the pepper on the front end. The way the cigar started was very good. I very much enjoyed the initial flavors. But the cigar went downhill from that point. The final third lost quite a bit. I rated the final third 88. 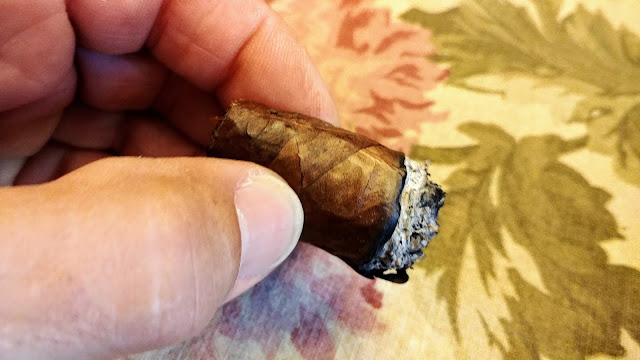 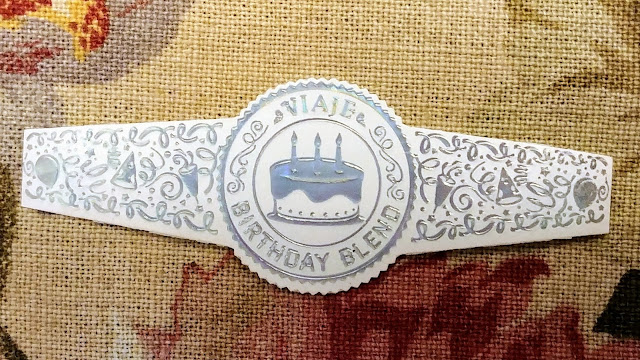