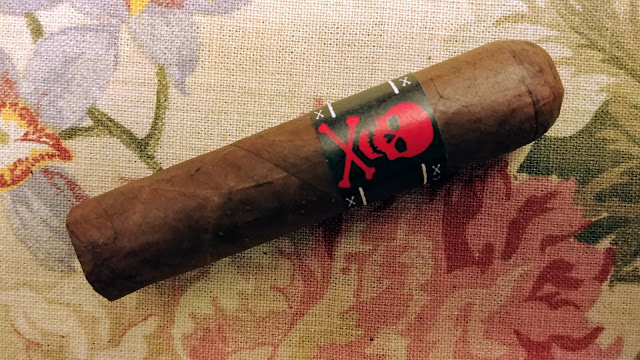 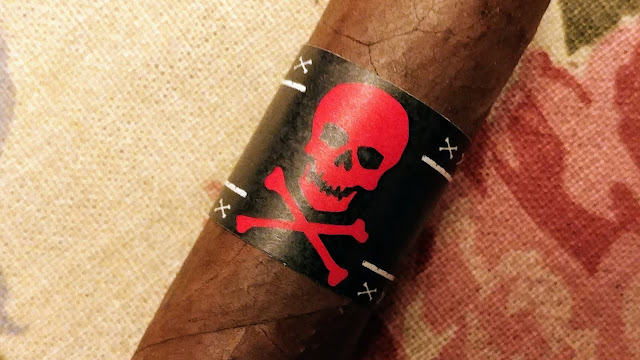 Video review HERE.
(Description taken from Halfwheel.com website)
This is the fourth release for Skull and Bones Red WMD, a 3 3/4 x 54 petit robusto. The line was previously described as a Nicaraguan puro with a criollo wrapper.
It was originally released in 2012 with subsequent releases in 2014 and 2017.
The cigar looks like a stick of short dynamite. 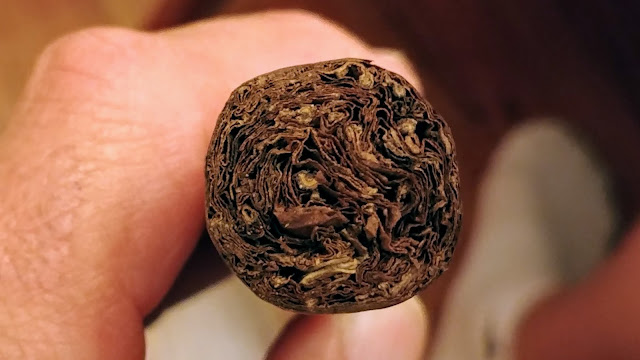 The test draw after cutting the cap was very good. The cold draw tasted like sweet tobacco. The initial flavors at light up were predominately cedar with a little citrus twang, a lot of brown sugar, cinnamon, caramel, a lot of dry nutmeg, light leather, and black coffee. There was black pepper rated at 7 1/2. Nice start.
At the first third (25 minutes) the ash you see in the picture below is a result of an accidental hitting. I was moving around and hit the cigar causing the ash to fall. The flavor notes are like initially described but the leather has decreased. There are a lot of sweet flavors; brown sugar, caramel, cedar, and cinnamon. The nutmeg is manageable. The black coffee makes a very good base. The black pepper seems to be increasing. The finish is caramel and nutmeg with a nice amount of lingering black pepper. The cigar is medium to full bodied. The cigar is very tasty. I rated the first third 94. 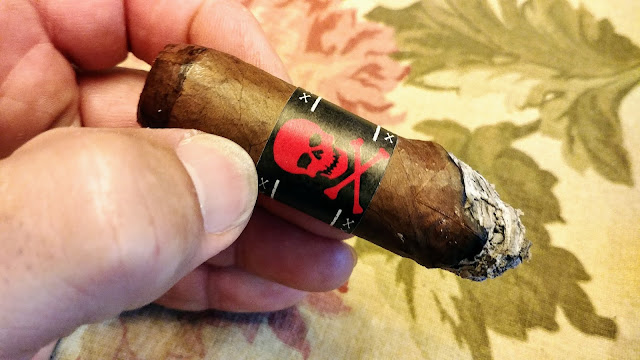 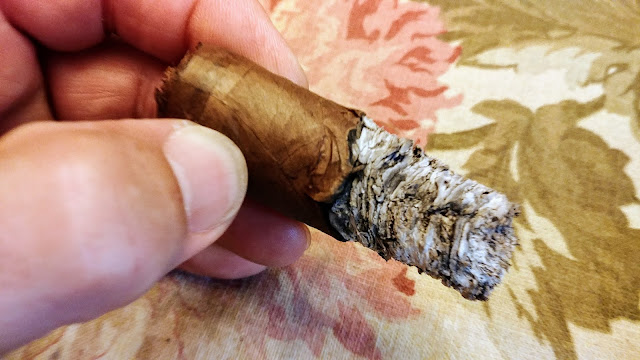 The cigar lasted 1 hour 6 minutes. The black pepper is excellent in this cigar. In the final third it was still 8+. The finish is unchanged. The front end flavors are about the same. This is a rather short cigar so I did not expect many big changes. The cigar is very full bodied. This cigar and the Daisy Cutter are 2 very good cigars. I held the score of 94 for the final third. Very good cigar. 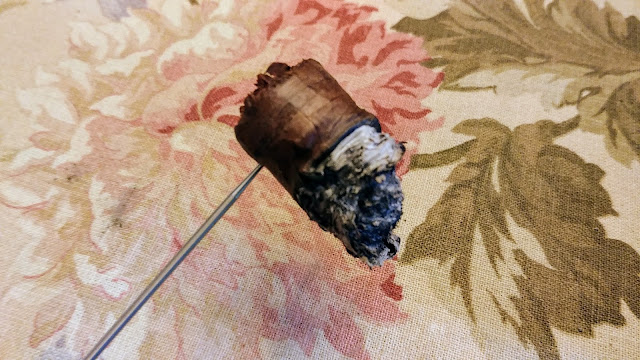 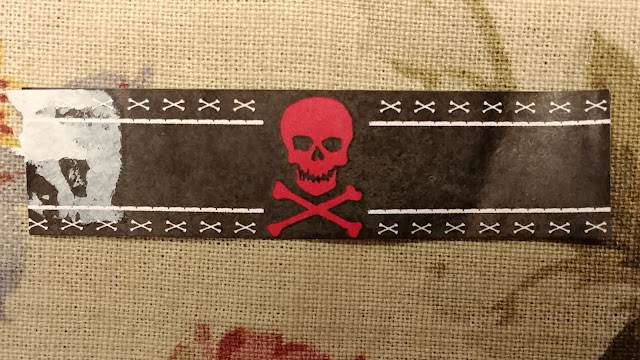